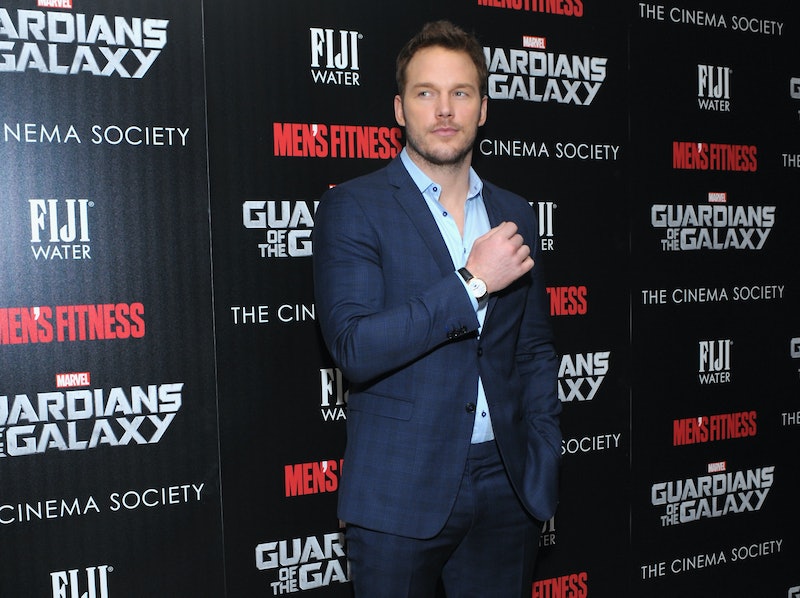 Do you need yet another reason in your life as to why Chris Pratt is the best? After that Ice Bucket Challenge video he released a few days ago (Smirnoff Ice counts!), his work on Parks & Recreation, and, you know, his general existence, I'm not sure why you would need another reason — but since I like to account for every possible scenario, here's reason #4820415 anyway: Yesterday, Chris Pratt visited the Children's Hospital of Los Angeles in character as Star-Lord, his character from Guardians of the Galaxy, and hung out with the children in full, in-character mode.

Children's Hospital of LA tweeted out a thank you to the actor for visiting, saying, "Star Lord (@prattprattpratt) cheered up our patients by sharing #GuardiansOfTheGalaxy! Thanks for making them smile!" Accompanying the tweet was a sweet photo of Pratt with a kid who's trying on his signature Star-Lord coat.

It's always nice to see celebrities — especially those whose careers are on the brink of blowing up, as Pratt's is — taking time to do good, and Pratt seems like a genuinely great, thoughtful person. As commenters on Reddit pointed out after Pratt's visit to the hospital went viral, Pratt has stated in interviews that if Guardians of the Galaxy became big and kids liked the movie and it would mean something to them for Star-Lord to visit them in the hospital, "I would do that...that would give me real meaning for this movie."

Pratt also took the time to visit with 8-year-old Dylan Prunty, who is also known as "Lego Kid" in the hospital because he built a lego replica of the hospital while being treated there for mitochondrial disease. Pratt, of course, starred in this year's The Lego Movie.