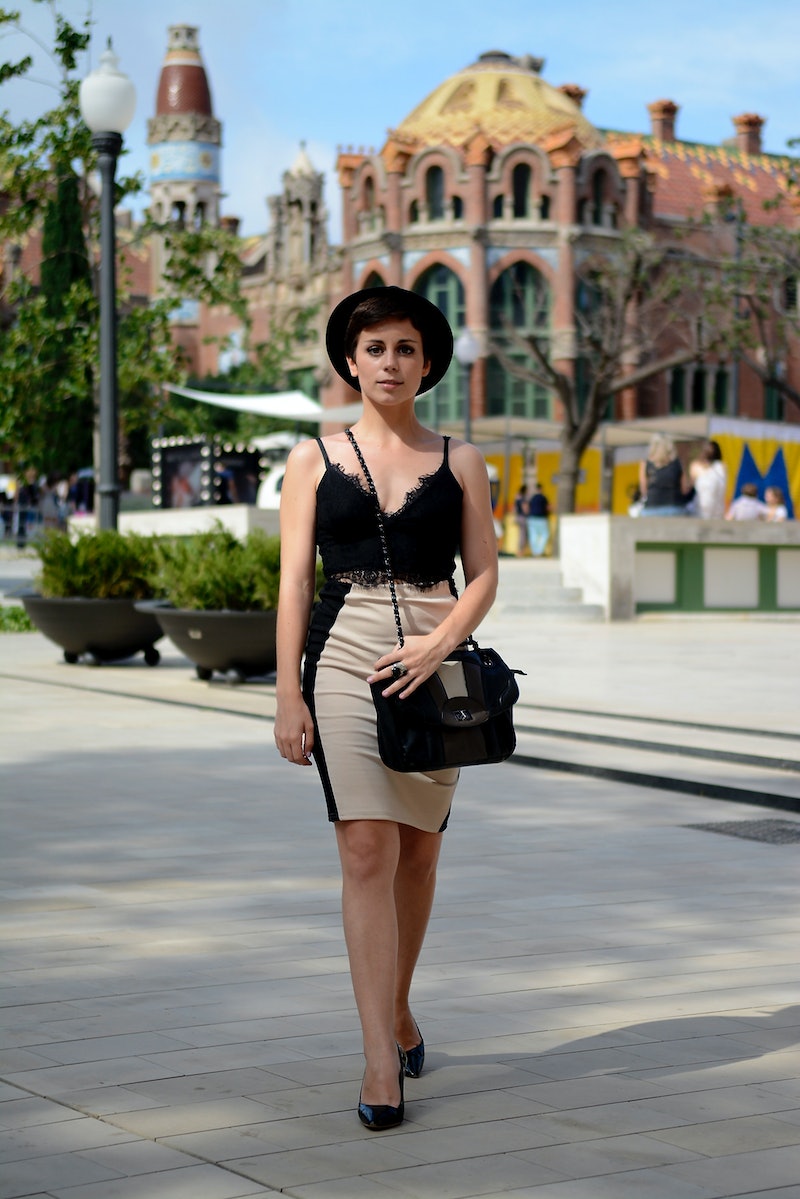 File this one under kinda creepy but also cool: Tumblr will now scan your outfit photos to identify brands. According to Mashable, the Yahoo-owned media giant is partnering with Ditto Labs, a company that helps advertisers learn more about how people are using and talking about their brands online. How do they do it? By scanning and analyzing social media photos — in this case, the over 130 million photos posted daily on Tumblr.

Although it is kind of creepy to think that people are breaking down your outfit piece by piece and sharing that information with someone else, you have to admit that this technology is totally impressive and insanely useful for advertisers. Plus, haven't you ever been frustrated by a cute piece you see in someone else's photo that you can't find anywhere to buy for yourself? Now that won't be an issue.

Also, if you're worried that this means they'll be able to target you with ads based on your photo, don't. Tumblr has no intentions of doing that (right now, at least). Ditto Lab's main purpose is to send data to advertisers for them to analyze.

This move makes Tumblr the first online platform to turn visual content into brand data. But it looks like Pinterest isn't too far behind — they just acquired a similar image-scanning company called VisualGraph last January. If this whole idea kind of weirds you out, I think your only solution is to keep this #OOTD selfies to yourself. Otherwise, welcome to the future of the Internets, ladies.