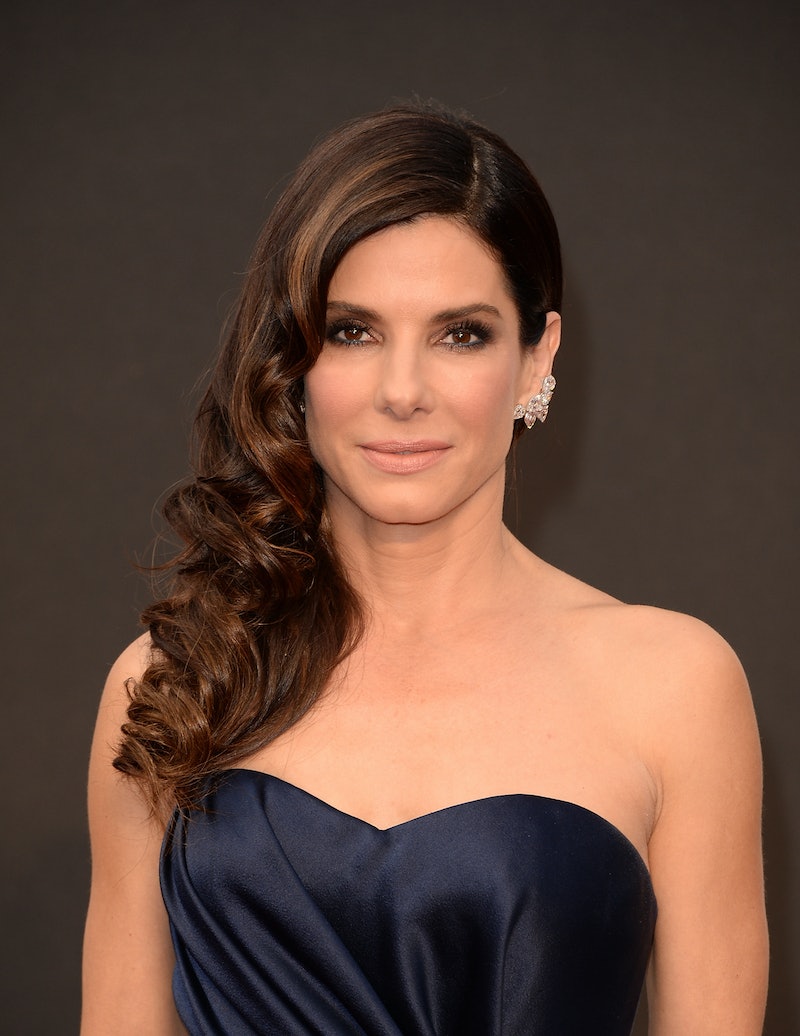 A bunch of A-list movie stars are teaming up to make a movie about politics. One of them is George Clooney, surprising absolutely no one. Another is Sandra Bullock, who it should be noted had the best rebound ever from All About Steve. Now Sandra Bullock's starring in a movie called Our Brand Is Crisi s . One can only hope that means she's playing an Olivia Pope type.

According to Varitey Our Brand Is Crisis "focuses on the use of American political campaign strategies in South America. It's based off a 2005 Rachel Boynton documentary of the same name, and the original film followed the use of those American political strategies (and their consequences) in the 2002 presidential election in Bolivia. The remake is being described as a "dramedy" and will be directed by David Gordon Green, who is also the man behind Pineapple Express and twelve episodes of Eastbound & Down.

Bullock, for her part, has been eyeing this film since December of last year, but has finally officially signed on. According to The Wrap, she'll be playing "'Calamity' Jane Bodine, a retired American political consultant who often quotes famous people to help hammer home her talking points."

At this point in her long career Bullock's taken on a pretty vast array of film types, but one thing we haven't really seen her in yet is this kind of political film. Seems like the time's about right for her to be checking this one off her list.