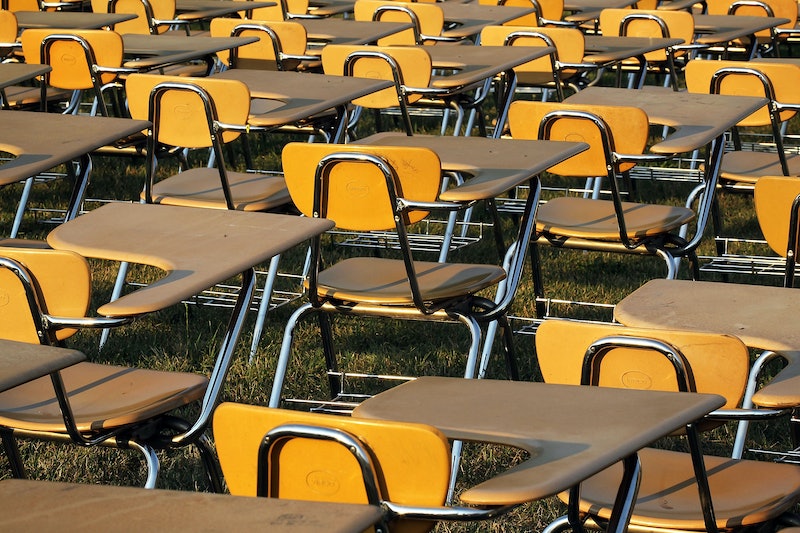 Classrooms in Ferguson, Missouri, have remained empty as protests rage on in the wake of Michael Brown's death. One silver lining: North Carolina teacher Julianna Mendelsohn has raised almost $150,000 to feed Ferguson's students via Fundly before school starts on Monday.

The start of the school year, originally set for Aug. 14, has been pushed back twice since Michael Brown was fatally shot by a police officer on Aug. 9. For many kids in the Ferguson-Florissant school district, this means they may not be able to get lunches that they count on throughout the school year.

The Ferguson-Florissant school district announced in July that it would offer free lunches to all students as part of a new federal program in Missouri. The Washington Post reported that 68 percent of the district's children qualified for free and reduced lunch last year, which qualifies it as a high-poverty district.

Mendelsohn, a public school teacher in North Carolina, started a Fundly page promising that any donations would go directly to Ferguson's kids through the St. Louis Area Food Bank. As of this writing, she has raised just over $146,000.

Mendelsohn was sure to emphasize that regardless of views on Ferguson's situation, the kids are still suffering. She wrote on the Fundly page:

ALL OF THIS MONEY WILL GO TO FEED KIDS IN FERGUSON. A dollar or a hundred dollars, it doesn't matter. You will be helping to put food in the mouth of a child who needs it. Regardless of your opinion on the civil unrest in Ferguson, there is no need for innocent children to go hungry because of it.

Mendelsohn is part of a broader effort to help Ferguson's kids. Volunteers at the local public library are providing lunch while teachers give grade-level classroom instruction to children at no cost to parents. On Tuesday, 150 teachers took to the streets of Ferguson — where their students live — to clean up debris from the protests the night before.

School will hopefully begin as planned on Monday, but until then, Ferguson teachers and volunteers across the country are doing their part to make sure the burden of this civil unrest doesn't fall directly on the students.