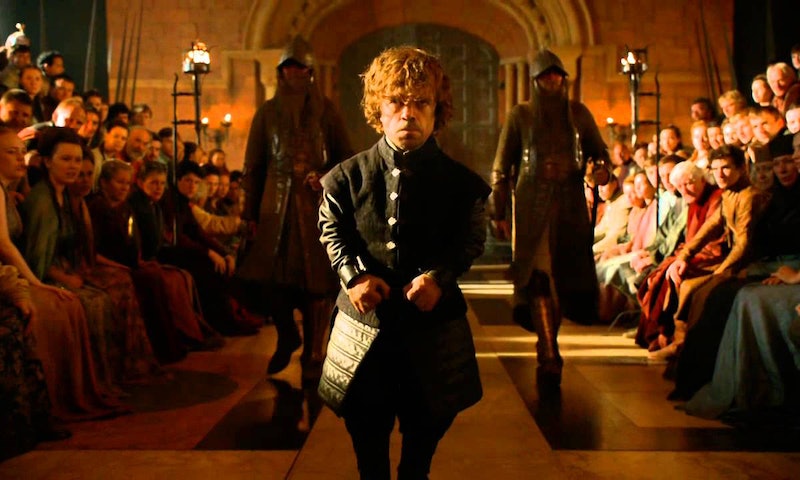 I thought I knew real fear before this, but I did not. I truly didn't know the horror, the positive terror of hearing a statement like this — nothing prepared me for it, and nothing could have ever. So, just do your best to brace yourselves as I deliver the following, jaw-dropping news: George R. R. Martin commented that the next Game of Thrones books make it easier for him to kill characters, because, apparently, the 284+ characters he has already killed off were really difficult to pull off.

God, help us all.

Martin made the comments when talking to audiences in London about writing tips alongside fantasy writer Robin Hobb. He, of course, is not referring specifically to HBO's Game of Thrones the TV show — considering he just focuses on writing the A Song of Ice and Fire book series that the show sources its material from — but the show tends to stick so close to the plot of the books anyway (most of the time, anyway) that I think it's safe to say we should expect easier, swifter deaths on the series as well.

The way my books are structured, everyone was together, then they all went their separate ways and the story deltas out like that, and now it’s getting to the point where the story is beginning to delta back in, and the viewpoint characters are occasionally meeting up with each other now and being in the same point at the same time, which gives me a lot more flexibility for killing people.

"A lot more flexibility for killing people." Yeeeeah, no one's getting out of that book series alive, are they?

Well. Maybe Daenerys and Missandei will. They're too badass to die.