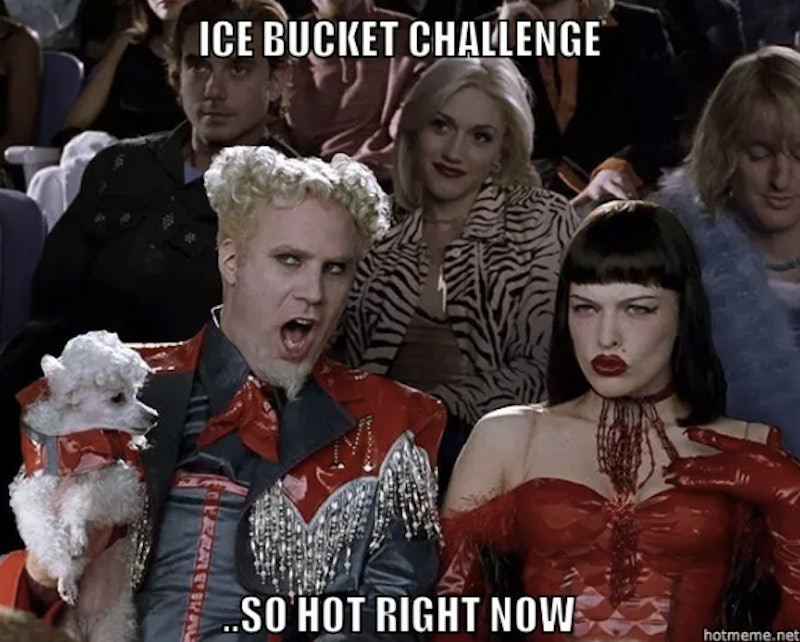 Now all your Facebook friends and their mothers have completed the ALS Ice Bucket Challenge, it's safe to say the innocuous dare has turned into a bonafide Internet sensation. But if you thought seeing those endless Facebook and Instagram videos was unbearable, brace yourself: Like any viral hit, the ALS Ice Bucket Challenge has delivered enough memes to last us until 2015. And frankly, we'll probably never get tired of seeing former President George W. Bush getting iced by his wife, Laura, who quips, "I didn't want to ruin my hairstyle." (You go, Laura.)

Unfortunately, not everyone wants to join in this viral sensation. On Thursday, Vice President Joe Biden announced on Twitter that he wouldn't douse himself with ice water for a cause, though he did donate to the ALS Association. President Barack Obama has also declined the challenge at least twice, though he has donated to ALS in his absence.

While Obama and Biden are missing out on the viral fun, the ALS Association has raised $16 million between July 29 and Aug. 18 — which is more than the charity raised in 2012 alone. In honor of ALSA's stunning success, here's some of the best ALS Ice Bucket Challenge memes floating around the Internet...

Sorry, Regina. It's a bit too late for that.