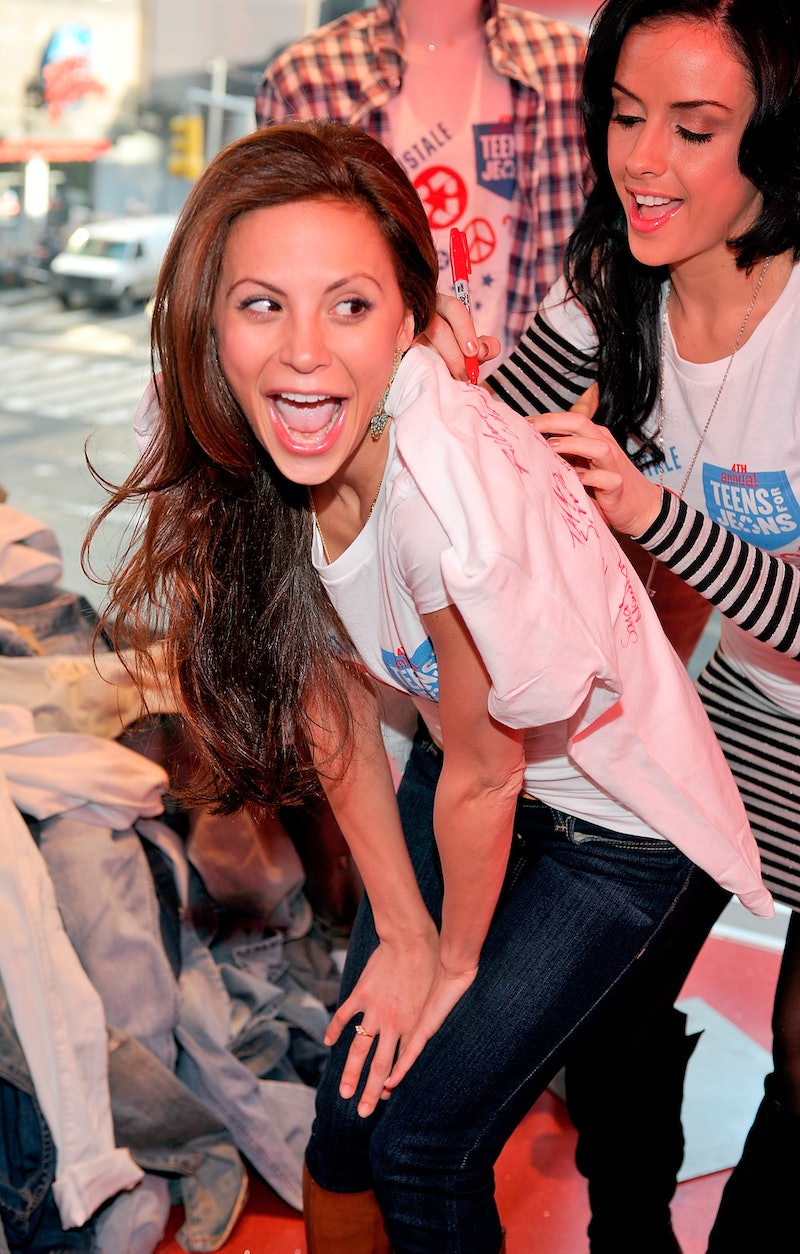 When Bachelor and Bachelor Pad alum Gia Allemand was confirmed dead on Wednesday, it came as a shock. Fans of the ABC reality show knew her as a lively young woman with a lovable, kind personality. In many ways, she was an anomaly on the show — among other contestants who back-stabbed their way to the top, Gia, beautiful it seemed, on the inside and out, played things cool. To learn that Gia Allemand reportedly hanged herself because of severe depression just doesn't make sense to those who "knew" her from TV.

In many ways, I feel like I know more about some reality stars than I do some family members, and when they're beamed into our living rooms for a few hours for a few months, we feel like we get to know them. At the very least, they way we judge them makes us feel like we're intimate, even though we're not.

The Gia behind-the-scenes wasn't, evidently, the same bubbly, happy-go-lucky, sweet woman we saw on the Bachelor and "friends" (what kind of friend would give quotes like these?) told the New York Post that she had a history of depression, and "had a reputation for dabbling in cocaine and prescription drugs."

Apparently, Gia was also very distraught over the state of her relationship with her NBA boyfriend, Ryan Anderson. He's the one who found her hanging, and called 911. Us reports that Ryan had been out of town at a friend's wedding over the weekend, and that Gia had stayed behind. Of her suicide, one friend said:

I’m not that shocked, because of her ups and downs. She fell victim to her own perfection and they were having problems.

Us also claims that Gia was convinced their relationship was over and was planning to move from their home in New Orleans to get a job in New York City. Unfortunately, she never got the chance.