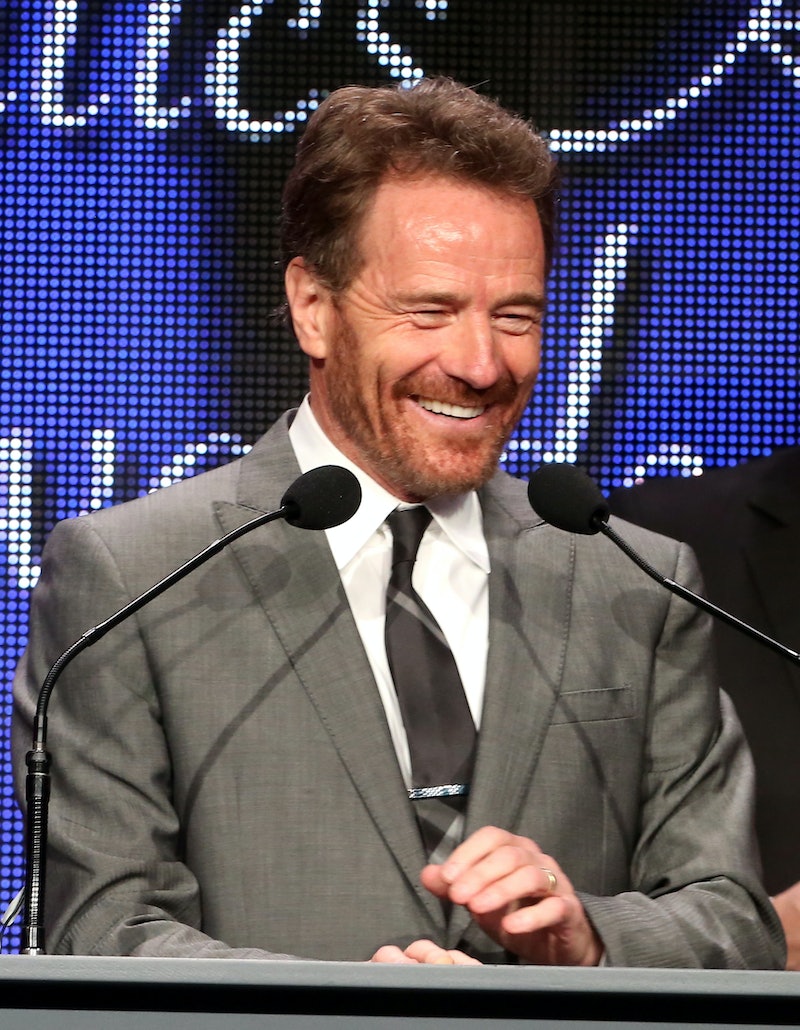 Bryan Cranston may not have entered "household name status" until the 21st century, but the actor has been working in the business since the '80s. (Peep this vintage Carnation Coffeemate commercial for proof.) Since his portrayal of Malcolm's dad, Hal, on Malcolm in the Middle and later his breakthrough performance as Walter White on Breaking Bad, Cranston has become one of the most famous and well-respected actors around. I mean, I'd definitely read From Coffee to Crystal Meth: The Bryan Cranston Story. Eh, there's probably a better title than that. At this Sunday's Primetime Emmy Awards ceremony, Cranston stands to take home two, err, atom-wielding winged women, but how many Emmys does Bryan Cranston have already?

This year, Breaking Bad is up for Outstanding Drama Series (Cranston took on a producer credit in 2011) and Cranston himself is up for Outstanding Lead Actor in a Drama Series. The character of Walter White has become so iconic since Breaking Bad first aired in 2008, and given that the series ended last year, it would come with absolutely zero shock if Cranston were to win another Emmy.

In 2010, Cranston took home his third consecutive Emmy for Outstanding Lead Actor in a Drama for Breaking Bad If you're thinking that sounds unimpressive, think again: He's the second actor to achieve this feat since Bill Cosby in the '60s hit I Spy. At last year's awards, Cranston took home an Emmy for Outstanding Drama Series bringing his total Emmy collection to four.

So, what must a character do in order for its actor to win three consecutive Emmys? Let's see. Cook crystal meth, sell crystal meth, get innocent people deported, run over drug dealers, shoot drug dealers, lie to friends and family, put friends and family in danger, let a young lady choke on her own vomit, and poison a small child. Among other things. Man, this business is rough.