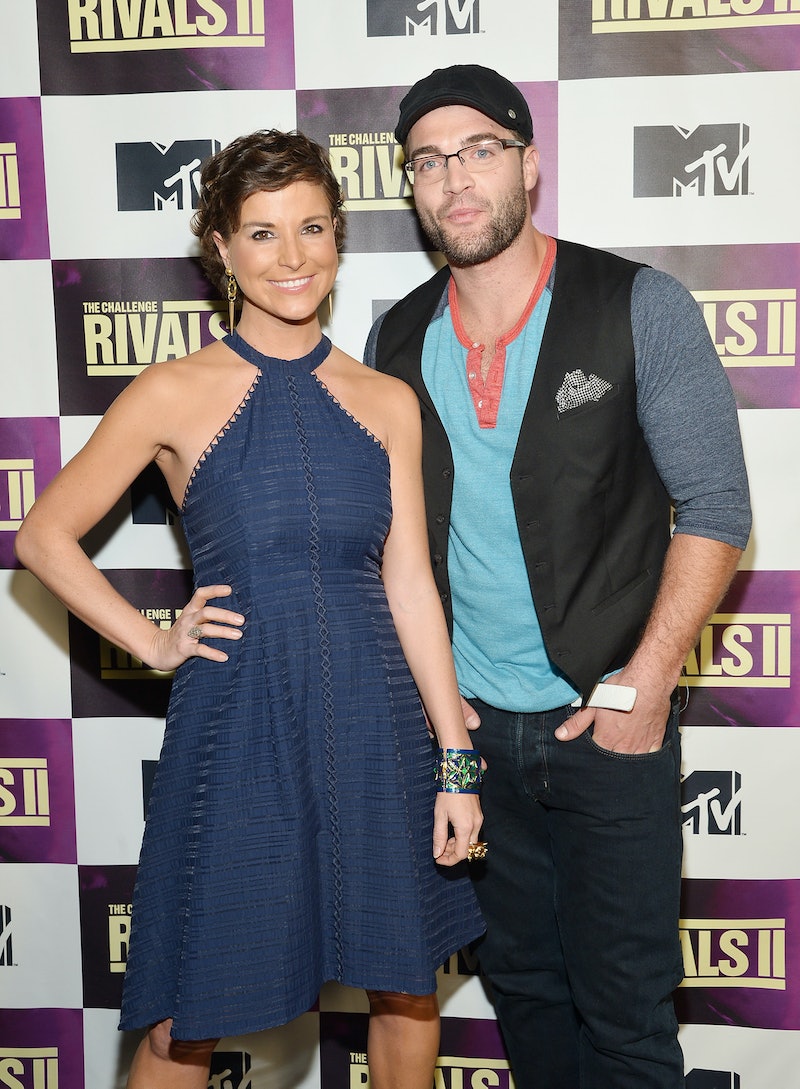 Update: On Friday, November 14, Diem Brown died. After battling cancer for over a decade, she passed away in a New York City hospital, People magazine confirms. If you were once a fan of the Real World or Road Rules, or even The Real World/Road Rules Challenge, you remember C.T. and Diem. They were kind of the unofficial Ross and Rachel of The Challenge, you know, if there was a lot more liquor and competition on Friends. But, being the "it couple" and having not only the audience but also fellow competitors rooting for them, means that their relationship took center stage in multiple seasons of The Challenge (in total, C.T. appeared in 11 seasons and Diem in seven) and the tumultuous romance between them was never quite black and white. Because of this — well, and the fact that they aren't on TV anymore — it's pretty difficult to know exactly where they stand in terms of their relationship today.

Perhaps a timeline of their relationship and their time The Challenge will bring some clarity as to where C.T. and Diem's relationship lies today.

Not having been on either the Real World or Road Rules in the past, Diem got in on the reality action in 2006 during The Challenge: Fresh Meat where, you guessed it, she was the fresh meat. During this season, it was revealed that Diem was battling ovarian cancer.

Unlike Diem, C.T. had been a Real World alum, and he caused a bit of trouble on the Real World: Paris in 2003. Up until The Duel in 2006, he'd been in two Real World/Road Rules Challenges: The Inferno and The Inferno II which aired in 2004 and 2005, respectively.

The two met on The Challenge: The Duel and steadily formed a friendship. Between helping each other through the challenges, late night chats, C.T. imploring Diem to be confident in her looks despite battling cancer and going through chemo, and that iconic first kiss on a cliff...

... the flirtatious friendship eventually led to something more.

As per MTV's episode guide, when Diem was finally sent home toward the end of the season,

C.T. admits that he would have been the typical angry guy we've come to know without her influence. At the same time, Diem admits that C.T. has helped her feel comfortable in her own skin and helped her find a new level of confidence that she never knew she had.

On The Duel: Aftershow, Diem excitedly explained that even after The Challenge she and C.T. were still a part of each others lives although there were no "titles" because the two lived across the country from the other. When C.T. was on the Aftershow , he skirted the relationship question, but explained how highly he thinks of Diem and how much he appreciates her.

On the reunion show, C.T. and Diem repeated the sentiments from their Aftershow interviews, but were affectionate throughout the episode and it seemed clear that the two had a serious connection.

THEY APPEAR ON THE CHALLENGE: GAUNTLET III — 2008

C.T. and Diem appeared on The Challenge: Gauntlet III in 2008, and were a real deal couple. As Diem's MTV bio puts it, going into this season she was more concerned with getting into a fight with fellow cast member Beth, than she was with relationship issues with C.T.

By this season, C.T. and Diem were broken up. On The Reunion episode for The Duel II, Diem explained that she still deeply cared for C.T. despite their break up and that she cited herself as being "career driven" and not wanting to commit to anything until she had achieved her career goals. Considering C.T. was kicked off of The Duel in the beginning of the season after a brutal fight with Adam (over Diem), Diem showed concern for his well-being as they rehashed the incident in the reunion. She also mentioned that at one point, she actually saw herself marrying him.

THEY REUNITE FOR THE CHALLENGE: BATTLE OF THE EXES — 2012

Though their time on the show was heated to say the least, on the reunion episode of Battle of the Exes, the former couple said that appearing on the show and competing together helped them to get along again. The rest of the cast felt that there were still real feelings there and were all rooting for them to get back together — C.T. and Diem weren't on the same page.

After being diagnosed with ovarian cancer for the second time and having to go through chemo once again, Diem went into Rivals II wearing a wig like she had in The Duel. Expressing his sensitive side, C.T. asked Diem to remove her wig mirroring the way she removed her bandana the first time they kissed on The Duel, and the two shared another intimate moment that ended in a kiss. Both C.T. and Diem explained their care for one another despite not being in a relationship.

But, in the Rivals II reunion, when C.T. was asked about his interest in other women on the show, Diem addressed the fact that that it didn't matter because they weren't together. Although C.T. became agitated when asked on the specifics of his and Diem's relationship, Diem remained cool. Before the segment ended, host Jonny Moseley came right out and asked the current status of their relationship and despite an enraged C.T. claiming it was none of his business, the host turned to a bemused Diem who kept on shaking her head leading Moseley to declare, "OK, not together."

SO, WHAT'S GOING ON BETWEEN THEM NOW?

There hasn't been much on the pair since that reunion back in September 2013, other than a Hollywood Life interview with C.T. which acknowledged that he would "completely avoid all Diem related questions," as he did at the Rivals II reunion.

As for Diem, she is currently battling cancer again after doctors found tumors in her colon and stomach lining. On June 30, Diem tweeted a Huffington Post article entitled, "Love, Hair Loss, and MTV: The Anti-Love Story Every Cancer Survivor Needs," which paralleled the "anti-love story" and subsequent breakup of the writer and her ex-boyfriend with Diem and C.T.'s story, and how both relationships, despite the breakups, helped each cancer survivor to regain their confidence.

So, as far as we know, CT and Diem are as we left them at the end of Rivals II last year — friends, with the possibility hanging that there always could be something in the future.