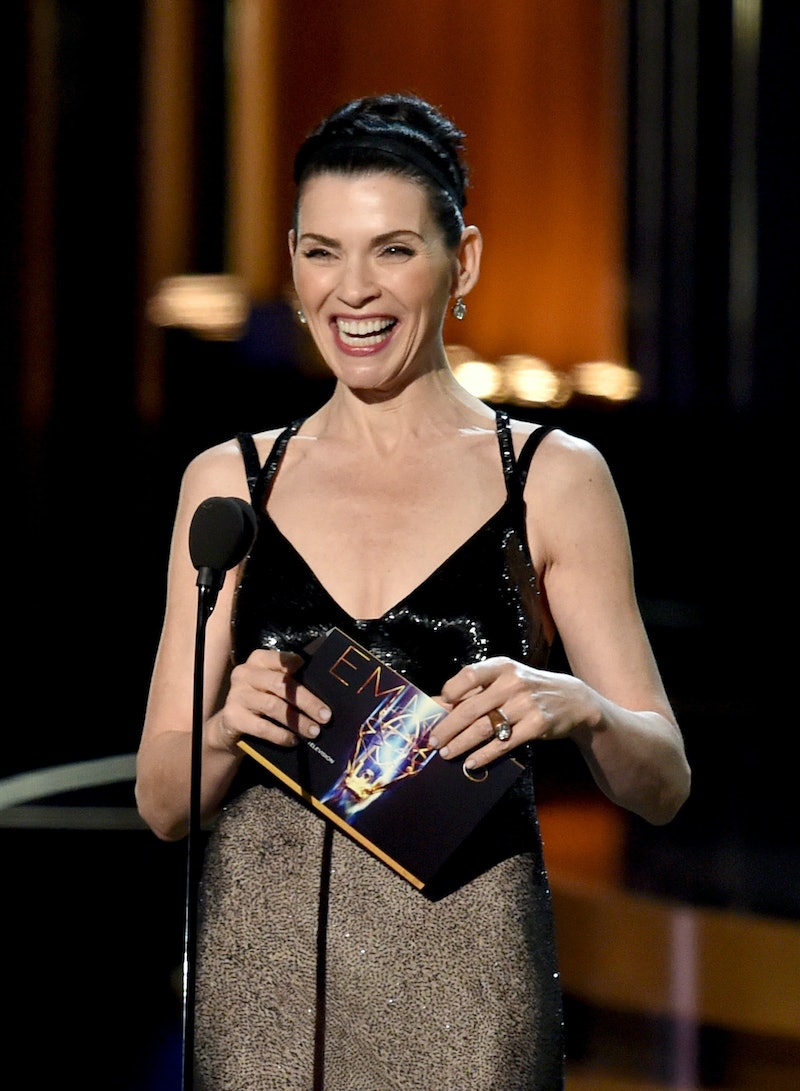 For the past two years, it's been Claire Danes and her performance in Homeland that have gone home with the Emmy for Outstanding Actress in a Drama Series. This time around, however, the Emmy went to Julianna Margulies for her role as Alicia Florrick in The Good Wife — no doubt a sweet victory for fans angry that the series was snubbed for Outstanding Drama Series.

This was Margulies' third Emmy win — her first was in 1995 for her role on ER, and she won again in 2011, her first for The Good Wife. She's been something of an Emmy Awards staple whenever she's had a show on the air, garnering not three but ten total nominations over the years. That's an Emmy powerhouse if I've ever seen one. Margulies' win was a bit of a surprise for many who assumed either House Of Cards' Robin Wright or

Scandal's Kerry Washington would take home the big award, but according to critics, Margulies has also led The Good Wife through one of the show's best seasons yet. Margulies used her status as a highly respected, long-standing woman in television to acknowledge the work her fellow women have done to make television a place for womenkind that often outshines film. "What a wonderful time for women on television," she began her speech. "And all the women that I'm nominated with here tonight is such a testament to that."