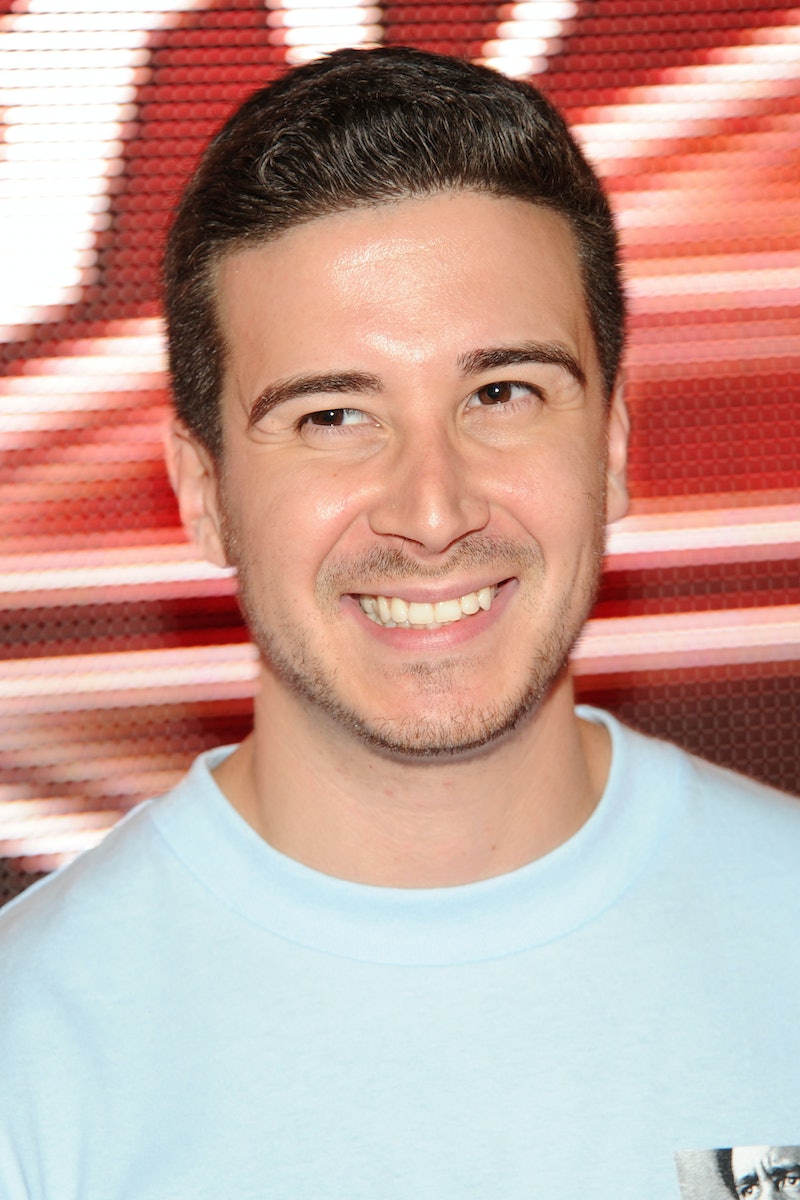 You know what's hilarious? Uterine linings. And Vinny Guadagnino gets that. The Jersey Shore star may look like a fucking idiot on reality TV, but don't worry, he's like that in real life, too. The 25-year-old Staten Island native considers himself a regular comedian and took to Instagram to share a video of his beautifully original routine about what women are like on their periods. Yup.

It's so, so bad, that it's almost not even offensive. Almost. I mean, if you're not offended by this as a woman, or a feminist, then you'll certainly be offended by this as someone with a sense of humor. It's just not funny. He tells the same period jokes that we all heard after the reproductive system was covered in our seventh grade health class.

All Vinny's routine is missing is a shot of him sticking a pad he colored with a red marker on the outside of some girl's locker. Come on, Vinny — if you're going to go there, why not commit, you know? Were you too embarrassed to be seen in the feminine hygiene aisle, or something? Tampons don't bite, Vin.

When not busy "imitating" a woman on her period, Vinny can also be seen intimating that girls are sluts with vaginas like tunnels. Stay classy, Vinny.