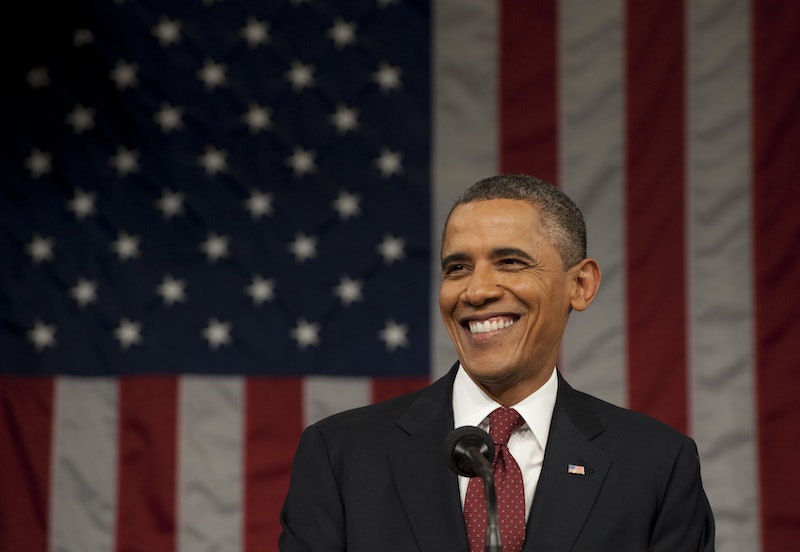 Remember that pesky-ol'-birth-control-stealing Hobby Lobby? Remember how their court decision in June said that, even under the Affordable Care Act, religiously affiliated companies could deny employees contraceptives? Well, on Friday the coverage gap closed when the White House announced new accommodations to offer contraceptives for women whose employers opt out of paying for it. Thanks, Obama! No, really.

OK, so it isn't the sweetest revenge. Closely held companies still won't have to pay for their employees' birth control. But the good news is the administration is working on picking up their slack. And by slack I mean unwillingness to provide women with basic reproductive needs. But you know, semantics.

The new workarounds are designed to fill the gaps made by SCOTUS' landmark decision, which said that for-profit closely-held companies — like that damned craft store — could choose not to provide birth control to employees on religious grounds. Even before that court decision, there was an accommodation in place for religious non-profits to opt out of paying if it violated their beliefs, and the no-cost coverage for their employees fell to the insurer instead. Now, for-profit companies will also be able to access that accommodation.

Basically, they're reshaping the Affordable Care Act's rules to make sure that women are getting the coverage that they need.

OK, so that existing accommodation for religious non-profits also got another accommodation added to it (the White House is so . . . accommodating). Before, religious non-profits had to sign a form if they wanted to opt out of providing birth control, which meant the government would foot the bill. A preliminary order on Wheaton College v. Burwell, made just days after the Hobby Lobby decision, said that non-profits did not need to sign a form stating their religious beliefs, which they contended triggered the administration of birth control and made them complicit in doling out contraceptives to the hussies.

So now the White House has responded to that SCOTUS order by allowing religious non-profits even more relaxed rules. They simply have to notify the federal government of their religious beliefs, and they'll take care of the rest. Simple as that.

Is your head spinning yet? Here's a quick recap: