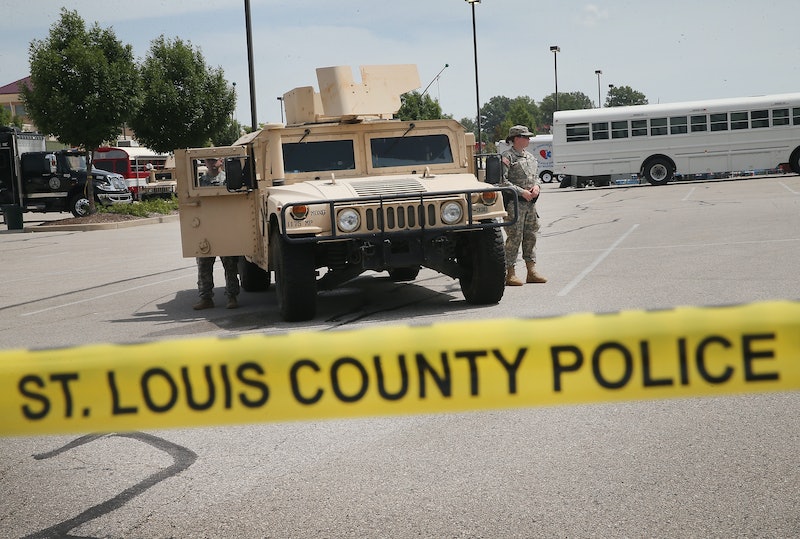 Well, this was unexpected. Although, honestly, the same thing happened with George Zimmerman, so maybe it's entirely expected? Darren Wilson, the Ferguson police officer who fatally shot 18-year-old Michael Brown on August 9, has earned a pretty penny out of this entire ordeal. Wilson's GoFundMe page has earned $234,000 in about four days, a staggering sum, especially when placed in perspective — the GoFundMe page in support of the family of Michael Brown has only raised $168,000 in nine days, a fact which is... depressing, to say the least, in my humble opinion.

The page, titled "Support Officer Darren Wilson," has caused a rift beyond just the obvious — it also generated a huge amount of overtly racist comments left by donors. It was so bad that GoFundMe disabled comments on the page, hoping to stem the tide of remarks like "thanks for taking out the trash." I'm serious, somebody really wrote that, and looking at a small smattering of examples, its far from the worst.

Thanks to the comments being disabled, you can't see them anymore, but screenshots circulating on Twitter have kept some it alive to see. In short, there was a flat-out awful slew of racial slurs and abuse. And rest assured, they're exactly what you're imagining.

Activists have been urging GoFundMe to take one step further and shut down the donation page altogether, on the grounds that it's a violation of their terms of service.

GoFundMe's Terms of Service states that "items that promote hate, violence, racial intolerance, or the financial exploitation of a crime" are prohibited, though they've announced they won't halt the page, and have defended their decision. They issued the following statement.

Presumably, the reason GoFundMe can argue this isn't a violation is because it isn't technically "financial exploitation of a crime," at least not yet — whether Wilson will face criminal charges, let alone be convicted of them, is still a pending legal matter.

Ostensibly, the disabling and banning of the racist comments is GoFundMe's attempt to fix the other part, the promotion of "hate, violence, [and] racial intolerance." But it does raise the question — if a donation page attracts racist abuse like moths to a flame, is it fair to consider that "promoting hate," regardless of whether people are able to vent it visibly?

This isn't an entirely new phenomenon. Prior to standing trial for the killing of Florida teen Trayvon Martin, George Zimmerman netted over $200,000 in online donations before being pulled down. People even raised money to buy him a new handgun.

Whether all that money will do WIlson any good is still unclear, however. His immediate fate is hanging in the balance right now, as a grand jury is debating whether to charge him criminally over Brown's death.

More like this
The Families Of Grenfell Tower Are Still Waiting For Justice, Five Years On
By Bustle UK
The Most Powerful Photos From The Weekend’s Abortion Rights Protests
By Melanie Mignucci
5 Concrete Ways To Take Action Against The Rwanda Deportation Plan
By Rachel Mantock
How To Fight For Reproductive Rights, Based On How Much Time You Have
By Courtney Young
Get Even More From Bustle — Sign Up For The Newsletter