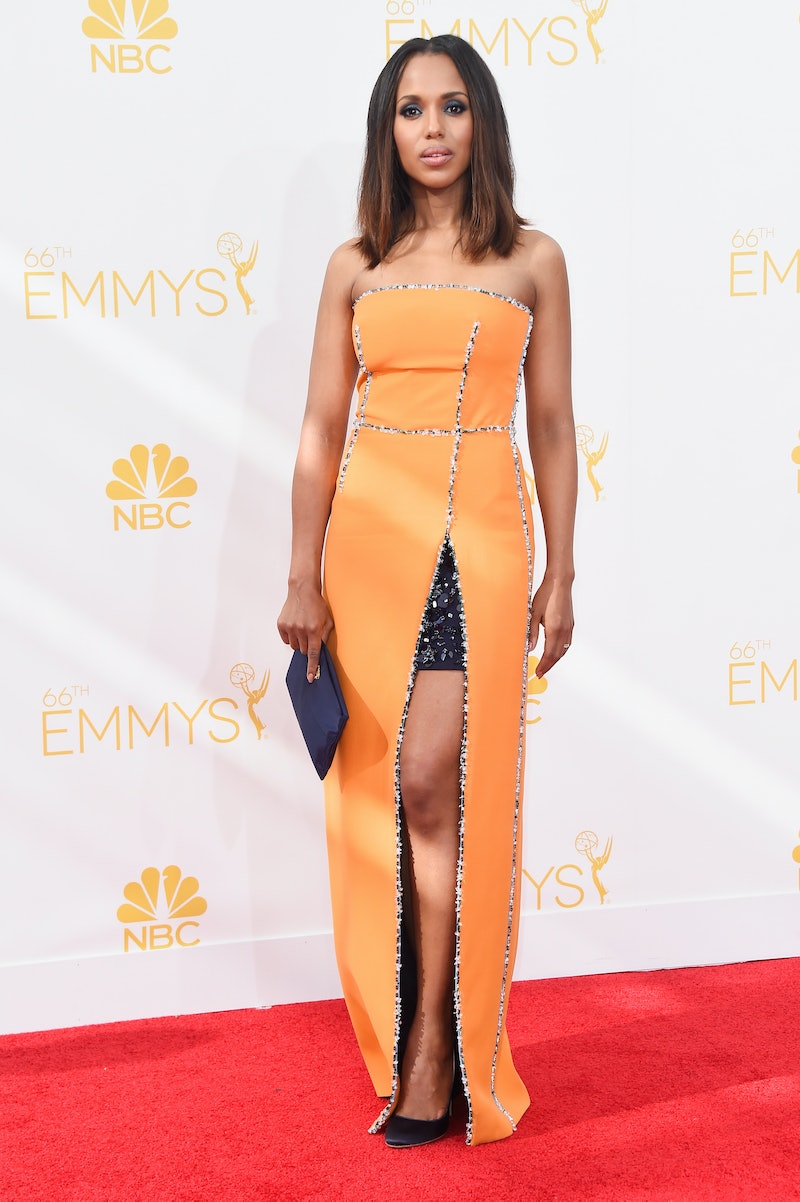 Much like her on-screen Scandal character Olivia Pope, we’ve seen very little of Kerry Washington over the last few months. Kicking off the year by absolutely killing it on the red carpet in a slew of amazing maternity style looks at awards show after awards show — I don’t care what anyone says, Washington’s baby bump–bearing Prada crop top number was flawless — the actress soon took a hiatus from the spotlight.

So after Washington had a baby in secret and made only the rare appearance here and there, you can’t blame me for practically dying to see the small-screen star make her first truly glamorous and major red carpet reappearance at the 2014 Emmy Awards. (Seriously, the anticipation over her Emmys appearance was almost equal to the anticipation I’m experiencing over the Season 4 premiere of Scandal on September 25).

And trust me, she didn’t disappoint, hitting the 2014 Emmys red carpet in a strapless orange Prada gown so sexy, I'm not sure anyone — even Olivia Pope — could handle it. Featuring a column silhouette, leopard-print piping, and a hip-high slit revealing the tiniest black skirt underneath, the only thing more seductive than Washington's vixenish gown is her blunt, center-part bob and super-smoky eye.