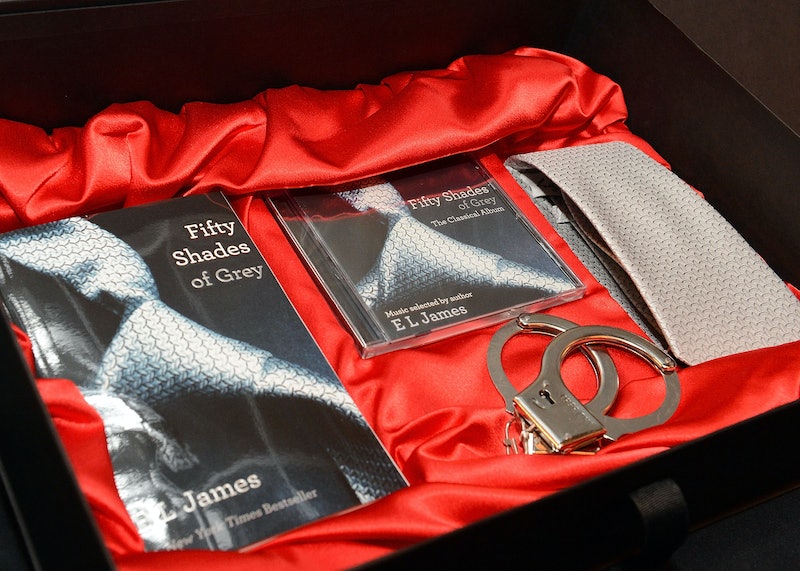 After 50 Shades of Grey became an unexpected (and somewhat inexplicable) worldwide phenomenon, it didn't take long for critics to begin pointing out the abusive dynamics in Ana and Christian's relationship or picking up on Ana's disturbing eating habits. Although fans and author E.L. James strongly denied these claims, it seems that the critics might have been right after all: according to a new study, 50 Shades of Grey readers are more likely to be in an abusive relationship or to have an eating disorder than people who have never picked up the infamous series. Yikes!

Of course, depicting violence against women in books is not inherently bad, anymore than depicting things like war or murder is inherently bad. As Amy Bonomi also observes, "The problem comes when the depiction reinforces the acceptance of the status quo, rather than challenging it.” In other words, when the book treats troubling things as good things, rather than as problems, that's where the trouble arises.

And as someone who for some reason actually did read all three of these books, it's always been pretty clear that these books do reinforce the acceptance of the status quo when it comes to violence against women. Christian's abusive tendencies are not only never denounced, they are actually idealized and romanticized. In the world of the book, his abusive behavior actually makes him the perfect man.

And so it's not super shocking that there's a connection between these books and real-world abuse. The media we consume affects our understanding of what's normal and even what's desirable. And 50 Shades of Grey sends the message that abusive behavior is actually super-romantic and that things which ought to be warning signs are actually signs that you've met your prince charming. And that is a big, big problem.

More like this
16 Novels That Paint A Realistic Portrait Of Abortion
By K.W. Colyard
13 Summer Solstice Quotes To Celebrate The Longest Day Of The Year
By Sadie Trombetta
6 Abortion Advocates To Follow On TikTok
By Sara Youngblood Gregory
34 Quotes That'll Inspire You On Juneteenth & Beyond
By Syeda Khaula Saad and Siena Gagliano
Get Even More From Bustle — Sign Up For The Newsletter