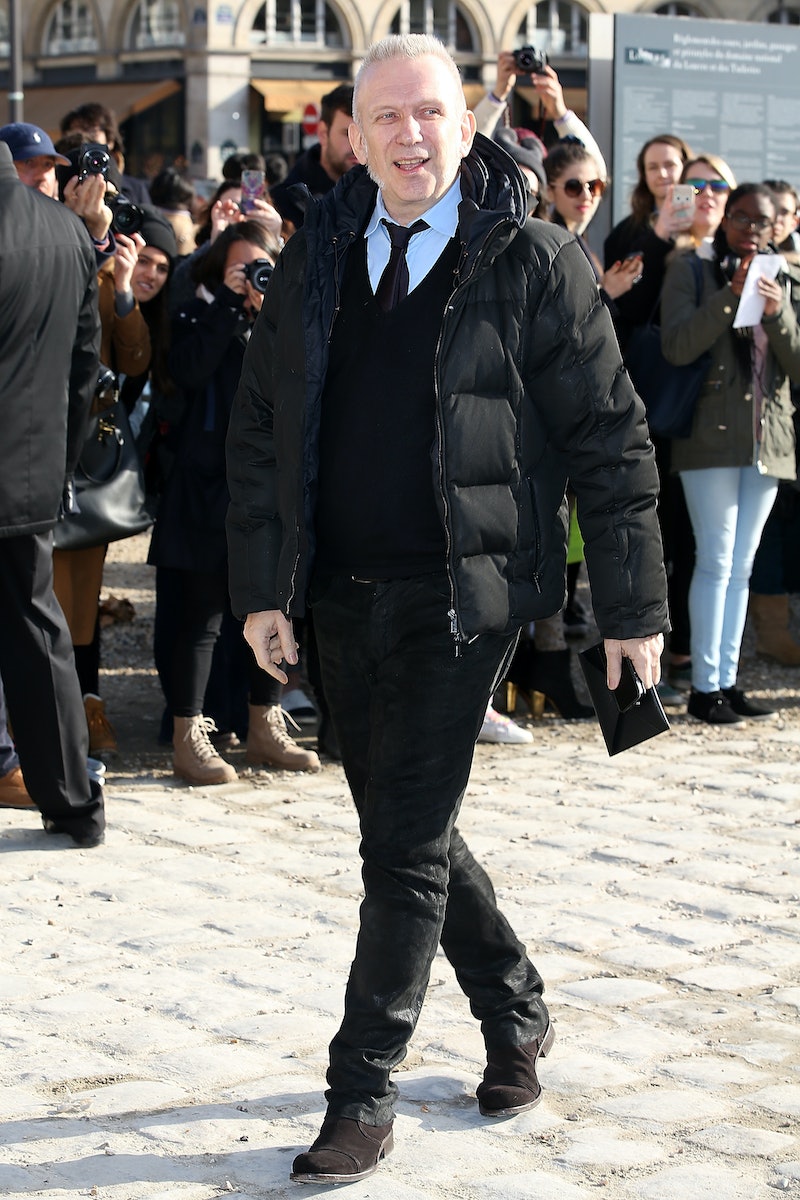 The Ice Bucket Challenge has officially gone from silly charity-promoting social media fad to efficient way to showcase your performance art skillz. First, we had Lady Gaga's Marina Abromovic-esque Instagram video in which she barely flinched while tossing ice cold water over gothically outfitted head. Not to be outdone, the always boundary-pushing Jean Paul Gaultier has followed now in her footsteps. Gaultier's Ice Bucket Challenge video is decidedly more tongue-in-cheek than Gaga's, but every bit as avant garde.

Nominated by Eurovision winner and model Conchita Wurst, Gaultier took on the challenge while sitting in a swimming pool wearing a very Gaultier striped t-shirt. In the video a male model, clad in a tight blue bathing suit, dumps water on the French designer's head, which he shields with a silver bowl to prevent actually getting wet. Gaultier then dives under the surface of the swimming pool and swims away, still holding the bowl over his head as the camera pans over him. The final shot is of a piece of paper floating in the water with the words "Ice Bucket Challenge" and Gaultier's signature printed next to a heart.

Leave it to JPG to elevate the IBC to an art form. Like many, I have mixed feelings about the challenge as an act of charity, especially since the actual charitable intentions are often buried under the hilarity that ensues once someone you know/don't know/who is famous gets soaked by freezing cold water. However, the performance art Ice Bucket video stands out among its sillier counterparts for being, well... cool.

Check out Gaultier's video below and don't forget to donate to the ALS Association — you don't need to pour ice water all over yourself to do it, I promise.