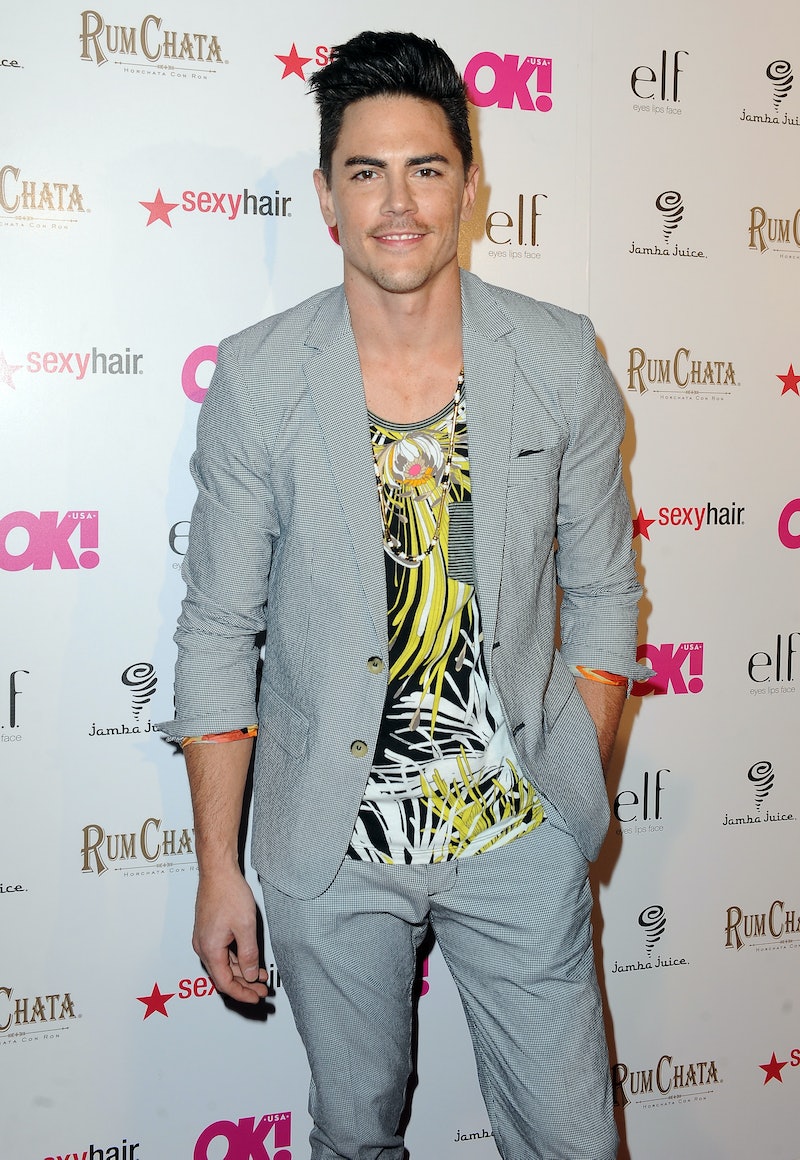 As if Scheana Marie popping up in Season 6 of The Hills wasn’t a beautiful reality TV gift that I will continue to cherish with all of my heart until the end of time, another Vanderpump Rules star also appeared on the MTV show. And I was made aware of this crucial information only a day ago. Sunday afternoon, one of my BFFs notified my other BFF and me via group text that Tom Sandoval was in an episode of The Hills. MAN YOUR STATIONS, FOR THIS IS NOT A DRILL.

Season 1, Episode 8: Tom Sandoval was one of the models featured in, as my friend put it, “the Teen Vogue casting call when Lauren lied and told Jason it was all girls.”

Upon first read, I was skeptical of this text message. I'd revisited The Hills last summer, and though I spotted Scheana immediately, I sure as shoeshine did not notice Tom Sandoval. I would notice Tom Sandoval, I thought, shooting my cell phone a side-eye. It's not like me to not recognize a Vanderpump Rules face.

I wondered if my friend might be pulling our legs, so I demanded she send a screengrab. She obliged (and smashed my skepticism in one fell swoop):

I am a monster for ever doubting my friend. I let my pride get the best of me.

TOM SANDOVAL WAS ON THE HILLS .

WAIT. What if there are even more Vanderpump/Hills crossovers to be put into my eyes? What if I missed more than just the Tom Sandoval cameo?

What if Manager Peter Madrigal danced in the crowd during that Lady Gaga performance?!?!? What if Jax Taylor walked by The Hills cast while they were hanging out at Beso?!?!?!? What if Giggy caught a ride on the back of Justin Bobby's motorcycle?!?!?!

Welp, I guess this means I must revisit The Hills yet again. Not mad about it.