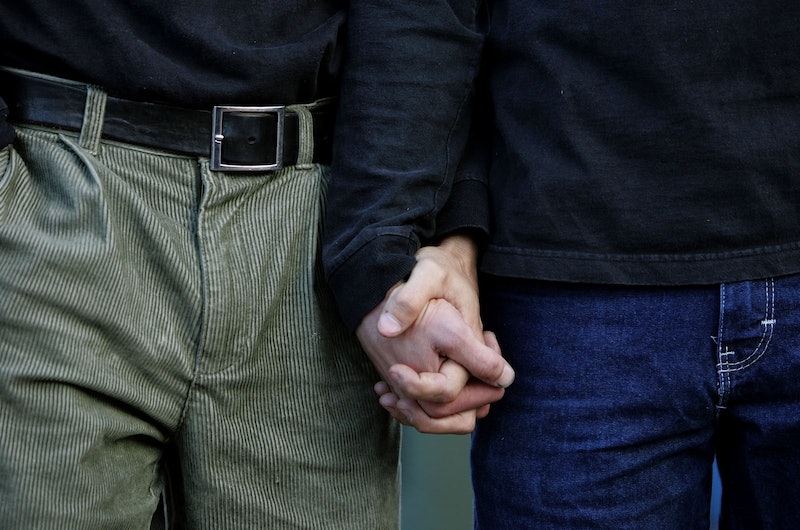 Starting on September 15, same-sex couples in Ecuador will officially be able to register their civil union on national identity cards and other government documents. President Rafael Correa announced the news on August 22.

Ultimas Noticias reports that Correa said, "It is your right to register a de facto union (unión de hecho) between heterosexuals and between people of the same sex. If this right is denied, the authorities will take action on the subject."

The Ecuadorian President's announcement came after meeting with LGBT advocates on August 18, where he received a report entitled "Access to Justice and Human Rights for the LGBT community" which documented the discrimination against the LGBT community that derives from a lack legal protections.

Civil unions in Ecuador will now allow same-sex couples access to rights such as making medical decisions for one another and opening joint bank accounts. Following Correa's announcement, the civil registry is now required to recognize that same-sex partnerships are a legal status that grants them national benefits.

Homosexuality was a crime up until 1997 in Ecuador, but a constitutional amendment in 1998 added gender and sexual orientation to a ban of discrimination against people on account of their age, color, rage, language, political affiliation, health status, and economic position. The Ecuadorian government's official recognition of same-sex partnerships pushes forward the fight for LGBT rights in this region of South America.

But Correa is still against gay marriage. Additionally, the Ecuadorian Constitution affirms that marriage can only be between a man and a woman. Correa last year even expressed in an interview that he believes children belong in a "traditional family."

Diane Rodríguez, an activist with the organization "X Silhouette" told Think Progress that “It’s been a slow process ... but we have to give thanks for what we have achieved.” The announcement also comes about a year after a lesbian couple got into a fight on Twitter with Correa about their right to marry.