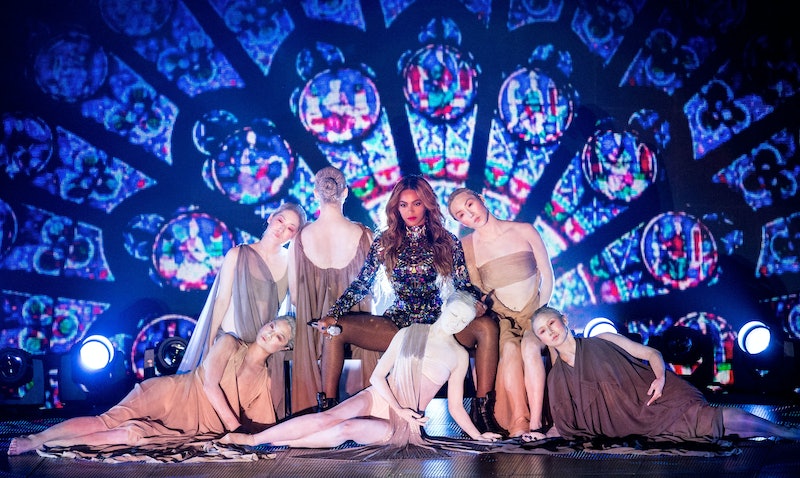 A few years back there was a big hooplah around Beyonce lip-syncing at President Barack Obama's second inauguration ceremony. Beyonce survived this with much more dignity in tact than, say, Ashlee Simpson, though, and the reason was clear: No matter how you twist it, there's no denying the woman can sing. Beyonce's isolated vocals from Sunday's VMAs are just further proof of that.

I don't know what kind of black magic has blessed Beyonce's vocal cords, but whatever it is it is working for her. This isn't a woman who's likely to have a Britney Spears lip-syncing scandal, or even the kind of "meeeehhh" that went round when Taylor Swift's isolated vocals made the rounds early Monday. Swift, it should be noted, built her brand more around her songwriting than her voice — a perfectly valid choice for a singer-songwriter.

But Beyonce's always had a voice known for its range and its quality. She also works that voice to the bone, but you wouldn't know it from how it sounds — cause it sounds damn great. The woman can sing a Barbra Streisand tune just as easily as she can go ham with Nicki Minaj, and it's isolated vocals examples like this one that prove that even when there's an overlaid track like the one at the presidential inauguration, there's usually still something pretty good going on underneath:

I mean, just listen to her live and acoustic:

More like this
Mel C Wants You To Know That Margaret Thatcher Wasn’t A Spice Girl
By Darshita Goyal
Two UK Cities Are Now In The Running To Host Eurovision 2023
By Sam Ramsden and Rachel Mantock
Everything To Know About Taylor Swift’s 10th Studio Album, 'Midnights'
By Grace Wehniainen and Jake Viswanath
Twitter Is Freaking Out Over Rihanna’s 2023 Super Bowl Halftime Show Announcement
By Stephanie Topacio Long
Get Even More From Bustle — Sign Up For The Newsletter