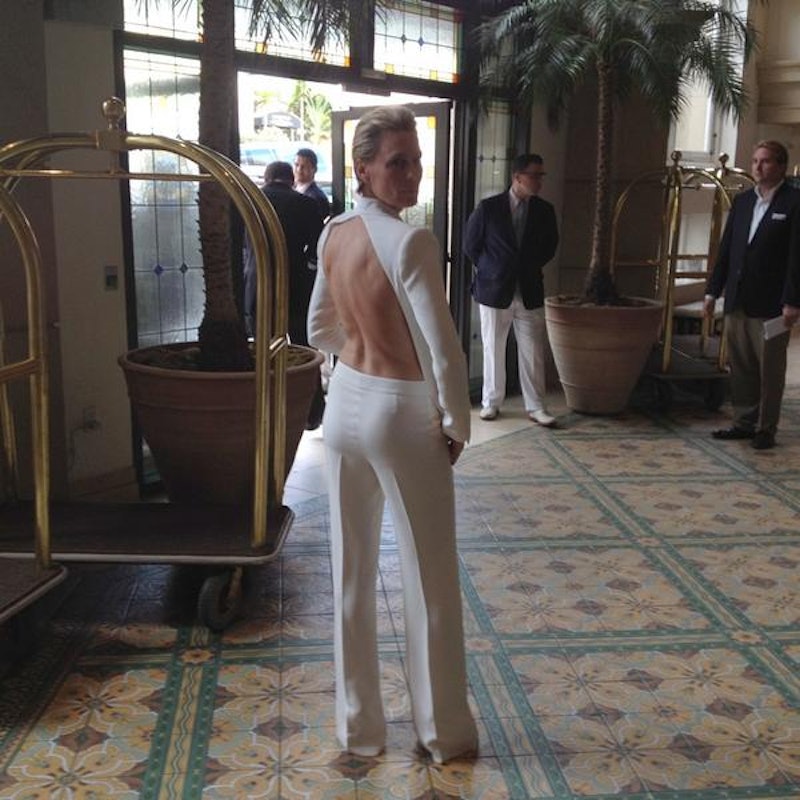 Is it just me, or is Robin Wright simply getting sexier, more fashionable, and much more willing to take a style risk as she ages? Not only does Wright have one of the best pixie cuts of all time (as well as one of the most badass, I might add), but the Emmy-nominated House of Cards star has also proven time and time again that she can rock edgy looks that only the fiercest and most fearless fashion stars can pull off on the red carpet. (Her latest look, which consisted of a menswear-inspired ensemble at The Most Wanted Man premiere in New York, comes immediately to mind.)

So why should it surprise any of us that the blonde beauty has decided to hit one of the most glamorous awards shows of the year in none other than a custom-created, stark white, and oh-so-perfectly tailored Ralph Lauren jumpsuit rather than a pretty princess gown or sleek-but-elegant mini dress?

And not just any all-white jumpsuit, but a structured jumpsuit that shows off an almost-unimaginable amount of skin on its backside, thanks to the entirely open-back design. And can we just take a second to talk about said backside? I think even Claire Underwood would be proud.