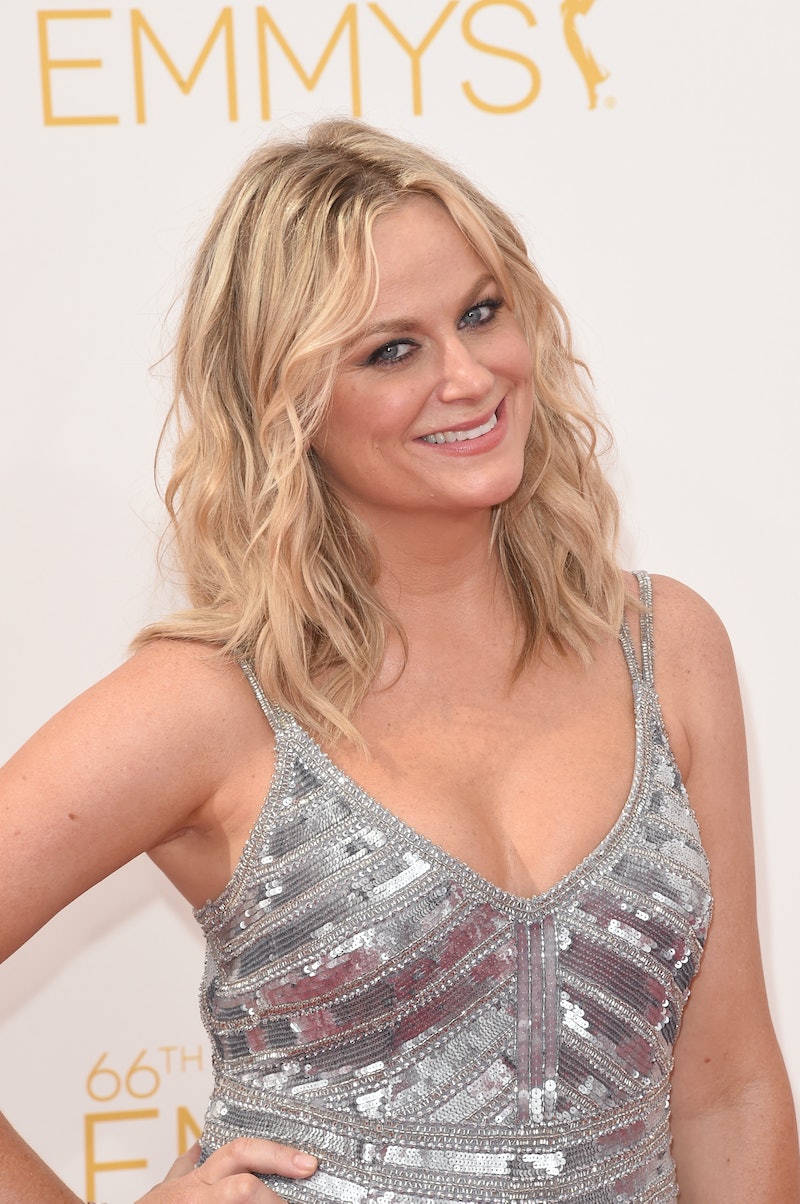 When it comes to award shows, it always pays to be an optimist, because while even tripping, swearing, and going 15 minutes over can be charming and endearing, those aren't always enough for a truly great show. Case-in-point, doesn't it seem like this year's Emmy Awards were a bit… dead on arrival? Even when perennial Golden Globes host, amazing improviser, and all around best person ever Amy Poheler was introduced as Beyoncé, the room, and living rooms around the country, stayed bored.

Maybe it was because of Seth Meyers' very nervous, quiet, standstill delivery of his monologue, which would barely pass on an off night of Late Night. Or maybe it was because his jokes were written by the most suddenly timid group of comedy writers in Hollywood, who seemingly decided to save all of their charm, wittiness, and timeliness for Jimmy Kimmel's presentation of Best Supporting Actress in a Comedy. A routine which, awesomely, halfway through turned into an inspired heckle of Matthew McConaughey. There must be some explanation because the room barely moved the clap-o-meter (that I just made up) when this perfect piece of comedy writing happened:

There was nowhere near the thunderous standing ovation, explosion of laughter, or rendering of garments at the sight of our current comedy queen would be expected. Because let's get one thing absolutely clear: though her chances of winning are slim, Amy Poehler slays the game so throughly, so consistently, and her kids are so gosh darn cute, that she more than earns the title of "The Beyoncé of Television." At this point, post 2014 VMAs, we should probably just crown anyone who manages to excel personally and profession a "Beyoncé."

But while I may be overthinking and over-appreciating Poehler's moment a little, the audience's total indifference does not bode well for this year's NBC telecast. Just like the Thursday night comedy lineup, somehow this network has won the lifelong support of Amy P. while hiding her light under a bushel. Fortunately, we have stars from other networks who will hopefully be put to better use. Kimmel and Jimmy Fallon have already thrown out a few good jokes, Billy Eichner put up an excellent little on the street piece, and the onslaught of Modern Family winners have at least had the dignity to be a little embarrassed.