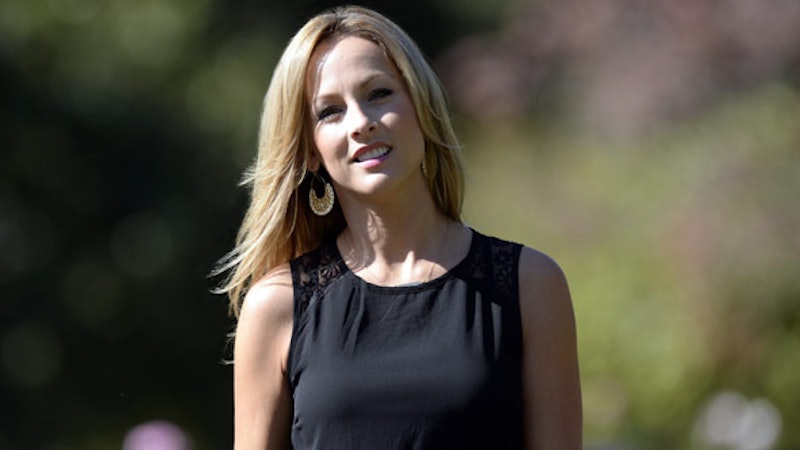 This is not the woman you once knew. Clare Crawley may have let Juan Pablo shame her about their romp in the water, but now she's back on Bachelor in Paradise and isn't taking crap from anyone. In fact, she even weathered one of the season's grossest moments. AshLee Frazier chatted up Zak Kalter, the guy Clare liked, and slammed her for her actions on Juan Pablo's season. "She had sex in the ocean," AshLee told Zak, warning him that he should date other people. "That speaks a lot to her character," she added.

Um, actually AshLee, what speaks a lot to your character is your willingness to dish dirt when you think the cameras are off. As soon as she got done slut-shaming Clare, she was all like, "We're not on camera, right?" Zak then pointed out that they were actually being filmed by hidden camera and AshLee panicked. Instead of waiting for the fallout after the show aired, AshLee fessed up to a few of the ladies and word spread to Clare that AshLee was a total jerk.

But this time Clare wasn't about to sit down and take it. First she confronted Zak about him not standing up for her. Zak lamely was like, "But this is a girl's fight," and Clare was basically like, "Okay, I can take care of this myself then, byeee."

But Clare wasn't taking AshLee's fake apologies. "We are not friends," she informed AshLee, but still AshLee tried to continue her fake-friend front. "Let's hug it out?" she asked. "I'm good," Clare said, because she is the best at rejecting hugs.

I love Clare and her ability to stand up for herself to both mean girls and guys she likes. And that says a lot about her character, not anything she did or didn't do in an ocean. Keep on being awesome, Clare. You're a Bachelor inspiration.