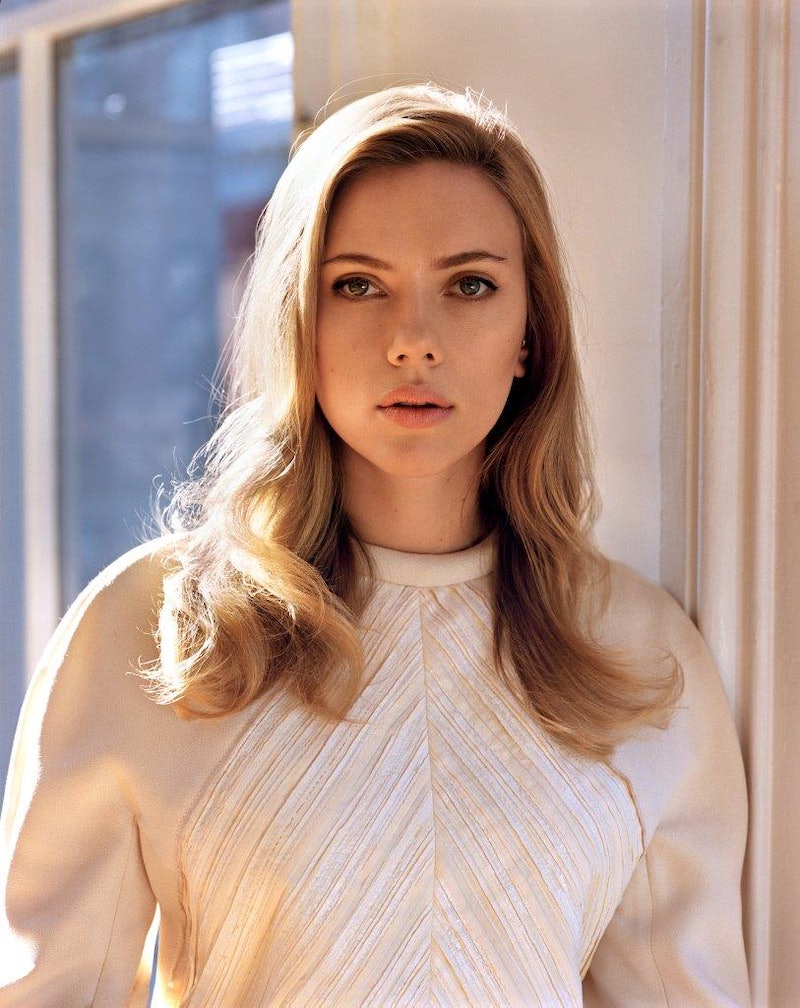 My Twitter feed is currently buzzing about National Dog Day, but Tuesday is also Women's Equality Day and Scarlett Johansson and Planned Parenthood have the the perfect way to celebrate. In support of Planned Parenthood's Action Fund's Women are Watching electoral campaign, Johansson designed a limited edition t-shirt. The goal of the campaign is to educate and mobilize young women to vote for candidates who will fight for them. Johansson's t-shirt design is the first of a series of celebrity designed shirts to support the campaign and young women voting in November's election.

The hot pink shirt reads "Hey politicians! The 1950s called..." on the front and follows up with "They want their sexism back!" on the back of the shirt. The t-shirt design is not the first time Johansson has partnered with Planned Parenthood. The audio she recorded last year encouraged listeners in their health centers across the country to enroll in more affordable insurance options through the Affordable Care Act.

Johansson also supported the health centers years prior. In 2011 she recorded an 'I Stand with Planned Parenthood' video and at the Democratic National Convention in 2012 Johansson's speech to engage young voters had a central theme surrounding young women, Planned Parenthood, and preventative care. Support Johansson and Planned Parenthood in their efforts with their hot pink shirt and witty message.

Ready to get down with this ScarJo approved tee? You can pick one up for $25 at Planned Parenthood's online store.