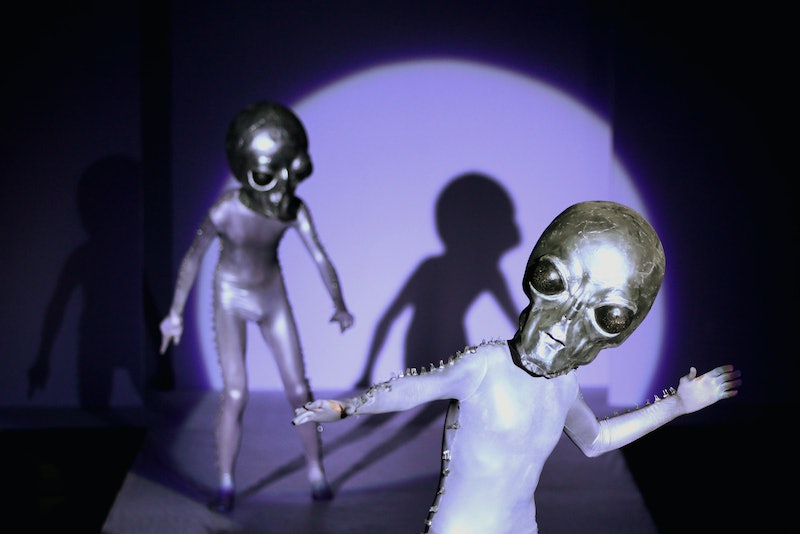 After a half century spent shrouding Area 51 in secrecy, the CIA has finally admitted the existence of the top-top-top-secret military base in declassified documents.

Area 51 is in southern Nevada, and is one of the world's most secret locations. If you try to walk into it or fly over it, you'll be faced "with the use of deadly force," as is threatened with little signs all over the facility. Helicopters patrol the facility, all good and ready with that deadly force, and there are motion sensors everywhere.

Initially, the site was used in World War II to test out planes. Since then, nobody knows: bomb craters are visible in the vicinity, suggesting that it was used at some point bomb practice, but since the '60s, the government won't say a bloody word about it. This has led to a gaggle of conspiracy theories, generally along the lines of "aliens and/or UFOs are being tested/held/created there."

It didn't help that people started coming forward saying they'd worked there and seen things: top-secret alien spaceships, "flying disc simulators," alien viruses, you name it. Now, a new CIA document courtesy of George Washington University mentions the existence of Area 51... though not what happens there. Analysts believe that, since everyone's kinda known Area 51 is a thing for decades, the CIA is basically throwing their hands in the air and saying: "Fine — but you're not finding out what's in there."

So, the million-dollar question: What does happen in there? American journalist Annie Jacobsen published a book in 2011 claiming that human-slash-alien guinea pigs were created there, and the notorious Roswell UFO incident was actually the alien-kids crashing mid-flight. (The 1947 "Roswell UFO incident" was, according to the government, a surveillance air balloon crashing, and according to a whole bunch of other people an extraterrestrial flight crashing into Earth.)

We don't want to disappoint, but if it's not aliens, it's very likely where the government tests intelligence weapons and tools.