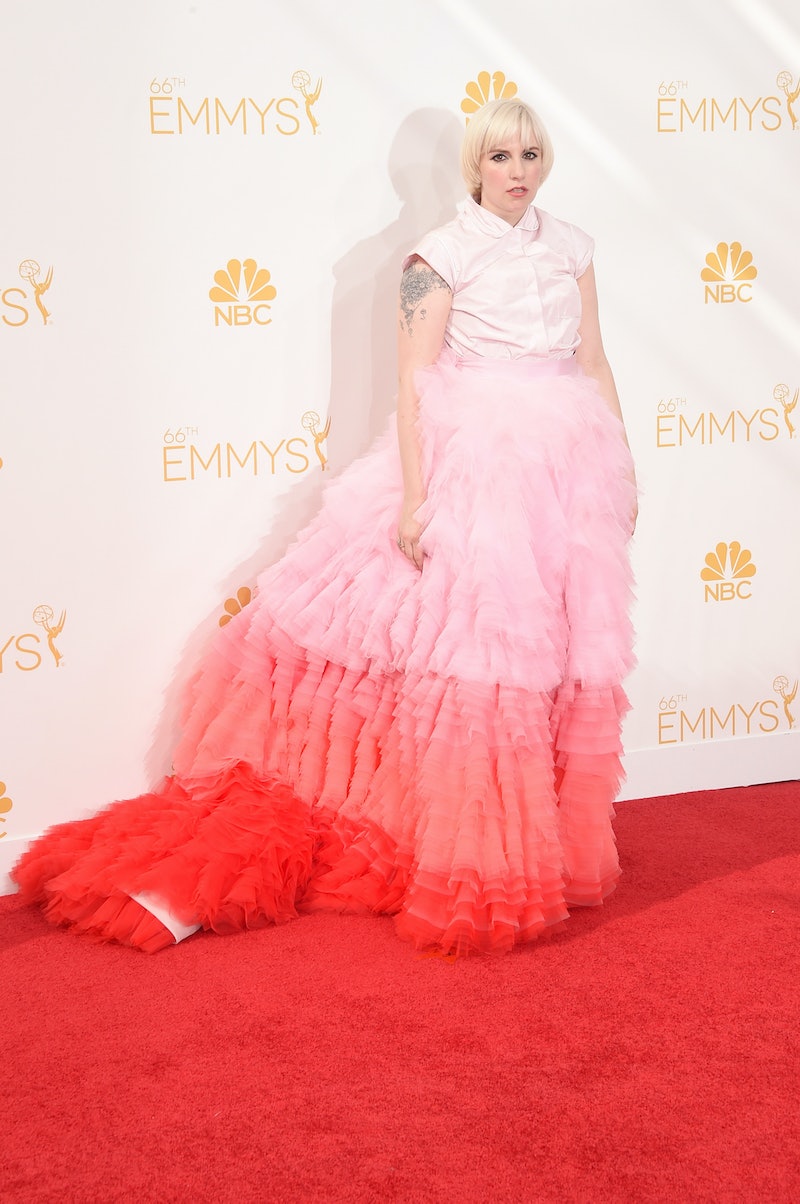 With the Emmy Awards in the rearview mirror, the fashion-claws are coming out! Sure, you've got your standard "worst dressed lists," "red carpet fashion police," and "who wore it betters" but one designer/former Project Runway contestant Christian Siriano is taking the cattiness to a whole new level. Christian Siriano is claiming Lena Dunham's Emmy dress was a knockoff of one of his designs in the most passive aggressive way possible — on Instagram.

He's not criticizing, per se — in fact most of his Instagram account features various stars looking fab whilst wearing his designs (Uzo Aduba, Samira Wiley, Norah Jones, Teyonah Parris, and Sarah Hyland all wore his brand) — it's just that among the images of Hyland looking like Old Hollywood 2.0 and Aduba showstoppin' it in siren red, there's one more post that's a wee bit more controversial: a picture of a gown from his 2010 collection that looks very... uh, similar to Lena Dunham's much-talked-of Giambattista Valli layer cake from last night.

Like Dunham's (in)famous gown, the dress in question features a pale-toned peach bodice, with a very ruffled skirt, with an ombré effect, going from pastel at the top to bright and bold at the hemline. There are definitely some similarities, but Dunham's dress had more of a pink color story, while Siriano's is more of a deep orange. Also notable are the two bodices: the Giambattista Valli features a button-down silk collared blouse, while the Christian Siriano has a more standard, ruched sweetheart strapless top.

What do you think? Personally, I think there are enough differences to ensure this isn't a case of plagiarism — I mean, I think part of what makes Lena's dress so fun is the uniqueness of a simple button down paired with such a crazy skirt. There's no denying that the tiers and ombre are similar, but still...

Either way, shots were fired!