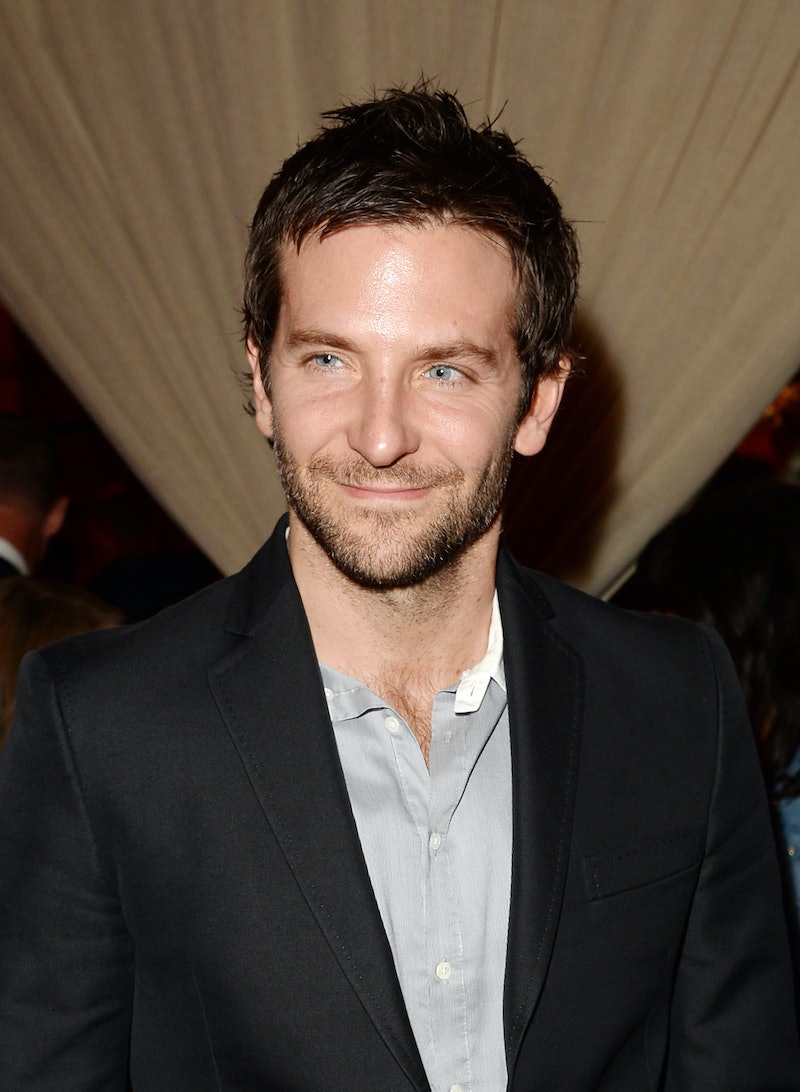 Lance Armstrong's doping scandal has become the latest "It" subject for the film world to take on. While Bustle already reported that Ben Foster would portray the disgraced cycling star in Stephen Frears' Armstrong film, he's not the only celebrity taking on the sports icon. According to Deadline, Bradley Cooper is in talks to portray Lance Armstrong, or Armstrong's friend and teammate Tyler Hamilton, in a new project from Warner Bros. with Side Effects writer Scott Z. Burns penning the script. Cooper is also said to be producing the flick.

Cooper and Foster would each have something different to bring to the role. Foster's built a career on intense roles like The Messenger and the upcoming Ain't Them Bodies Saints. Cooper's mostly had success in comedies like The Hangover trilogy, though he showed his range as a bi-polar man just out of a mental institution in the acclaimed drama Silver Linings Playbook. On the one hand, we can see Foster portraying a broken-man version of Armstrong post-doping scandal, while on the other, Cooper's confidence would make him great at portraying the cyclist before he fell from grace ... which could make for a more compelling story.

While Foster will likely star in the Working Title biopic and Cooper's in talks for the Warner Bros. film, there is also a third, not-yet-cast biopic in works at Paramount Pictures. Even though it's not all that surprising that people want to cash-in on the obsession with Armstrong's story, three separate films seems like overkill. How many different ways can you really portray Armstrong? His story is true and still developing, so there are only so many liberties that filmmakers can take, even if each takes on a different approach to Armstrong's life.

And it's hard to tell which film sounds best, but hopefully all three will be worthwhile ... though, we may have a serious case of deja vu after the first two.