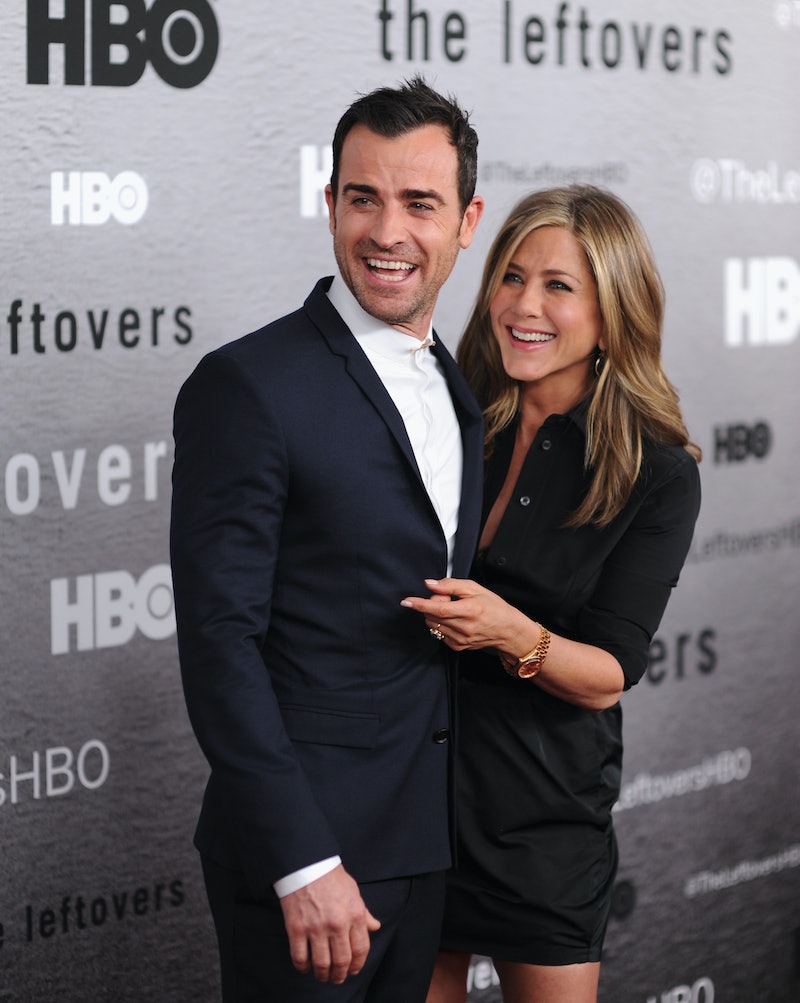 In an interview with Carson Daly which aired on the Today show Wednesday morning, Jennifer Aniston opened up about feminism, motherhood, and her career. Aniston has previously expressed her feminist views, having bonded with Gloria Steinem about the way female celebrities are perceived by the media. Aniston and Steinem both attended the MAKERS Conference, an event celebrating successful women. At the conference, Aniston said that "being in the public eye, us women come up against this, that our value and worth is dependent on our marital status and or if we've procreated." But speaking out about it hasn't changed the fact that Aniston continues to be judged based on the fact that she hasn't had children. The most recent edition of In Touch features a cover story about her baby dreams being dashed.

In her Today interview, Daly asked Aniston about her remarks to Steinem, as well as her interest in playing strong female characters. Aniston has often expressed her support of women, for instance in a Vanity Fair interview soon after her split from Brad Pitt: "The women that inspire me are the ones who have careers and children; why would I want to limit myself? I've always wanted to have children, and I would never give up that experience for a career. I want to have it all."

Aniston clarified to Daly that her motherhood and relationship status do not define her, and she seemed far from the dejected woman depicted on tabloids.

I don't have this sort of checklist of things that have to be done, and if they're not checked, then I've failed some part of my feminism or my value as a woman because I haven't birthed a child. I've birthed a lot of things and feel like I've mothered many things, and I don't think it's fair to put that pressure on people.

Aniston has had an exciting career, and it's amazing that she can look back at her life and feel so fulfilled. It also appears that she does feel the pressure from the media, at least occasionally, to have children. We do still live in a world in which the marital and parental status of women is much more of an issue than for men, and the fact seems very clear to Aniston. Though she does frequently discuss her love life, she has also been known to stress that it does not define her. "A relationship isn't going to make me survive. It's the cherry on top," she told Rolling Stone back in 1999.

Her comments made me think about the burden of celebrity. Here's Jennifer Aniston, a beautiful, successful woman who by her own admission is happy and fulfilled. However, her relationships are endlessly scrutinized, there's pregnancy rumors about her constantly, and she's still depicted on tabloid covers as having her baby dream "shattered." Luckily, her poise and confidence in her interviews tell a very different story.