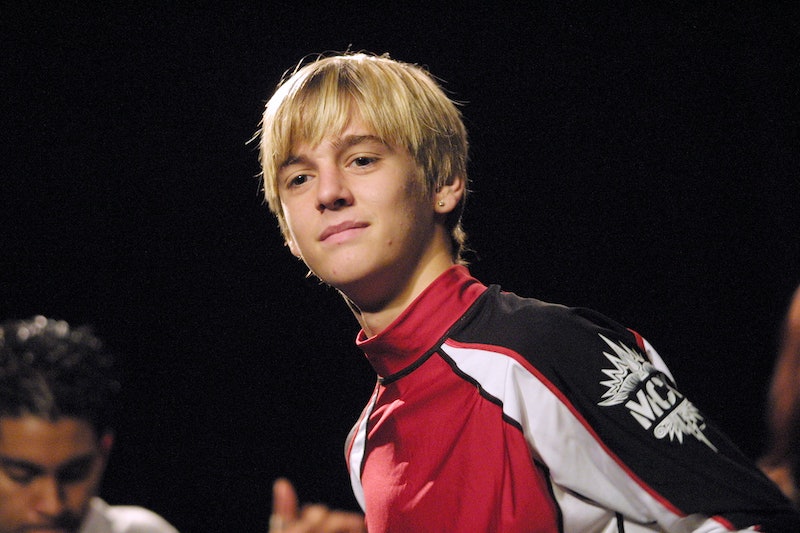 I'm not sure what this communicates about me, but I can easily say some of the most fun parties I've ever been to were the ones I attended in middle school. They were the best for so many reasons! You are still goofy enough execute madcap antics like prank calling without seeming like a delinquent, "Spin the Bottle" was actually exciting, and your body was game to stay up to 5 a.m. without any biological consequences. But nowadays, when I look to the 2000 anthem of the middle school bash, Aaron Carter's "Aaron's Party (Come Get It)" and its bonkers music video, things don't add up. Somehow my parties between the ages of 11 and 14 never resembled anything close to that banger. Was I just not doing it right?

With the power of hindsight and the blasé quality of age, I have found my answer: yes, I was doing it just fine. I was playing MASH and manhunt and singing karaoke in my friend's finished basement. If anything, Aaron was doing it wrong. Some glaring disparities between middle school parties in the House of Carters and middle school parties in the houses of real people exist, which I have parsed below. Snap on your HitClips, and prepare to transport yourself back to the age of the frosted tips…

Let's take a moment to remember how your parents were an integral part of organizing your middle school parties. Who drove you to Party City to buy invitations to hand out to your classmates? Who ordered the pizza for you? Who checked in on you in the basement every half hour to make sure your raging hormones weren't about to taint your innocence? The answer is: your parents. Fat chance convincing mom and pop to visit Aunt Joan on the biggest night of your life, Aaron.

Just saying, dude. This is your paternal home in 8th grade, not a warehouse in Bushwick full of twenty-somethings on molly. Plus, fire hazard much?

Naturally, stages-r-us was having a rental promotion the very night of this impromptu soiree. How lucky he was to be able to install a platform into his pool, hire a team of dancers, and learn a choreographed dance in a matter of, say, two hours. I mean, I would've been perfectly entertained with a simple game of "Seven Minutes in Heaven," but I guess this works too.

That time when a couple full-grown men crashed the party

Just take a moment to recognize this: Aaron's party was crashed by of-age strangers. And who made those flyers?!

There is a glaring absence of manhunt

I don't care if you had a floating stage and a set of professional dancers at your tween party, I will play hide and seek in the dark.

Everyone appears to have driven there themselves

There's something called a drivers license that you don't get until you're in high school. Also, I adore the 2000s music video style of it all, in which every car was a Volkswagen Beetle.

There you have it, children of the aughts. The party of the year, thrown by tweens.