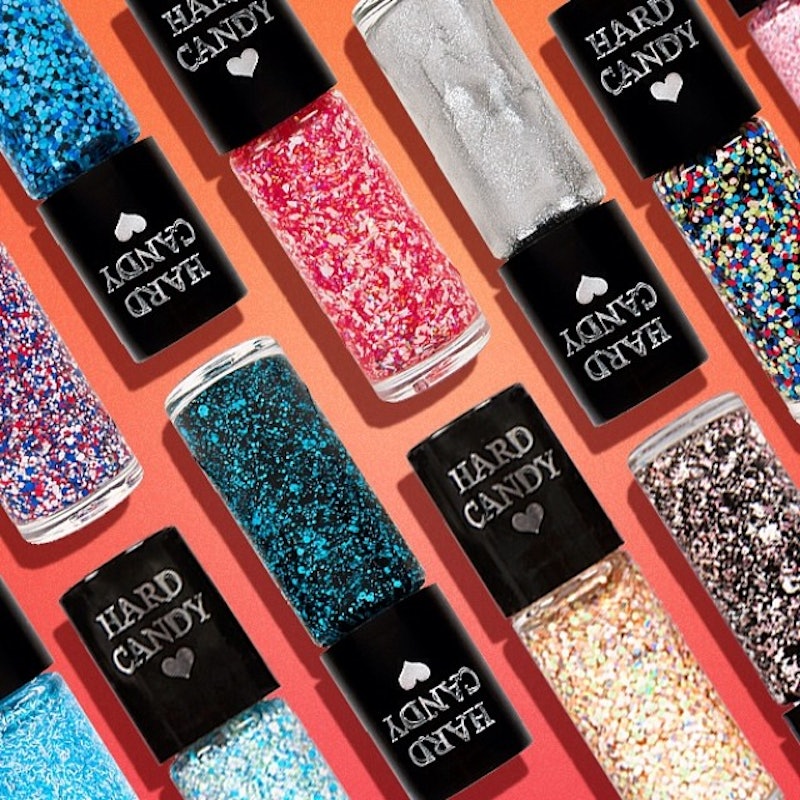 Looks like Throwback Thursday came a day early this week! Recently, Hard Candy announced a 20th-anniversary collection that will revive its classic nail colors from the '90s. Are we too cool to get excited about nail polish that comes with a cheesy plastic ring now that we're all grown-up? As if!

Hard Candy is a cosmetics company that rose to fame in 1995 when Alicia Silverstone revealed she was wearing the brand's pale blue Sky nail color (allegedly custom-made to match her Charles David heels) on the Late Show with David Letterman. According to BuzzFeed, "It was one of the few brands doing super edgy nail polishes in nontraditional colors at the time." There you have it: Hard Candy started the nail color revolution. Oh, and the polishes came with matching rings. The '90s were a simpler time when no one would give you the side-eye for sporting an obviously plastic gem and coordinating nail polish at the same time.

The brand disappeared in the early '00s, only to be revived by Walmart in 2009 as a frankly lesser incarnation of the original. Nowadays Hard Candy is looking pretty cool once again (minus the rings this time around, unfortch) with all sorts of glittery, neon chrome nail colors as well as lipsticks, eye palates, and face creams. Still, we're nostalgic for the good old days when the brand was Cher Horowitz–approved. And available not at Walmart.

The 20th-anniversary collection will bring the Hard Candy of yesteryear to a new consumer while also appealing to those who were fans the first time around. And there is no better time for such a revival. '90s fashion and beauty trends are coming back in a big way as millennials age into adulthood and get nostalgic about the decade.

I beg to differ, Cher.

Stu Dolleck, president of NuWorld Beauty, the company that manufactures Hard Candy, told The New York Times, "We’ll be bringing back some of the top ’90s shades. I can guarantee you nostalgic women who would never go to Walmart otherwise will be there on opening day.” Ah, the power of the past. I don't know about you, but I'll definitely hit up Walmart if I can emerge looking like Kelly Kapowski.