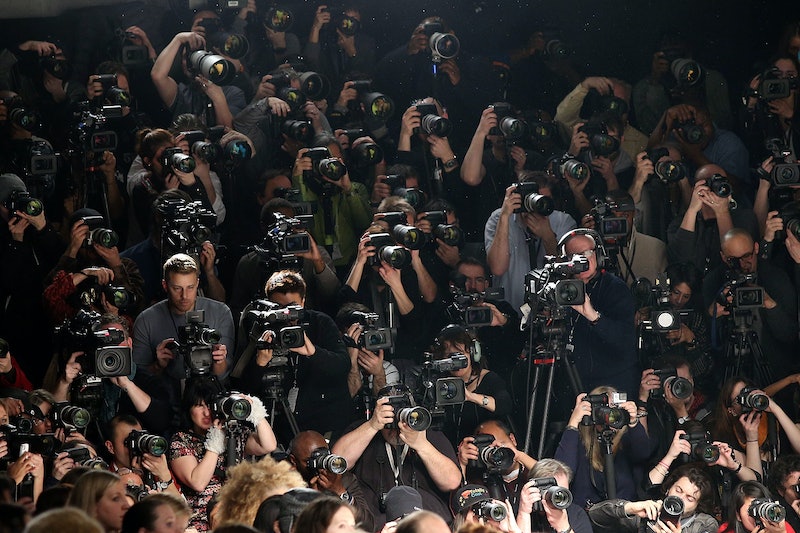 Fashion Week used to be seriously exclusive. If you weren't "IN" there was no way you were getting in. It was Anna Wintour's world and we were just living in it. But they times, they are a-changin'. Thanks to social media platforms like Instagram and Twitter, those without invites can get the scoop on the latest collections as the shows unfold in real time. Now, some designers are even asking fans to play stylist and help choose the looks that will appear on the runway.

This trend began to emerge in recent weeks with the approach of New York Fashion Week on September 3rd. Adidas came first with a tweet-powered campaign for the NEO Label. Led by Selena Gomez, the initiative allows fans to select every aspect of the final catwalk show taking place on September 3rd, from the outfits to the music to the hair and makeup. Fans can follow the #NEOrunway hashtag on Twitter for a chance to vote and keep track of the results.

Another designer allowing her customers to have a say is Rebecca Minkoff. According to Fashionista, "Next Tuesday, Sept. 2, she will post two looks styled from her spring 2015 collection, which is scheduled to show the following Friday. Followers will be asked to vote on their favorite look. The look with the least likes will be eliminated from the show, just like that." It's a simple idea, but one that packs a serious punch with consumers. After all, we love to have a say.

Fashion lends itself very well to social media advertising because fashion is about both visuals and experiences. Lubov Azria of BCBG told the New York Post that social media is bridging the gap between designers and customers like never before:

It used to be where the editors would come in, whether they liked the collection or not, they would have a certain point of view, and that's what everyone saw. Now with social media, we have a voice. We have a way to express what we feel, why we feel certain things. It's incredible [...] I think it brought a younger crowd and it also brought the crowd that perhaps never knew this or this about the brand. It brings awareness.

According to Fast Company, 33,000 people posted almost 99,000 photos to Instagram during NYFW February 2014. That's a wide audience for engagement, and brands are smart to capitalize pre-Fashion Week with these voting-driven campaigns. The strategy is bound to appeal to Millennials who grew up on the Internet (and look for smart, innovative marketing tactics from the companies they like).

I think it's safe to say we'll be seeing more promotions like the ones for Adidas NEO and Rebecca Minkoff in the future, allowing fans to weigh in on the behind-the-scenes decisions surrounding fashion shows. With such a wide reach, the possibilities for social media and high fashion to blend in increasingly innovative ways are endless.