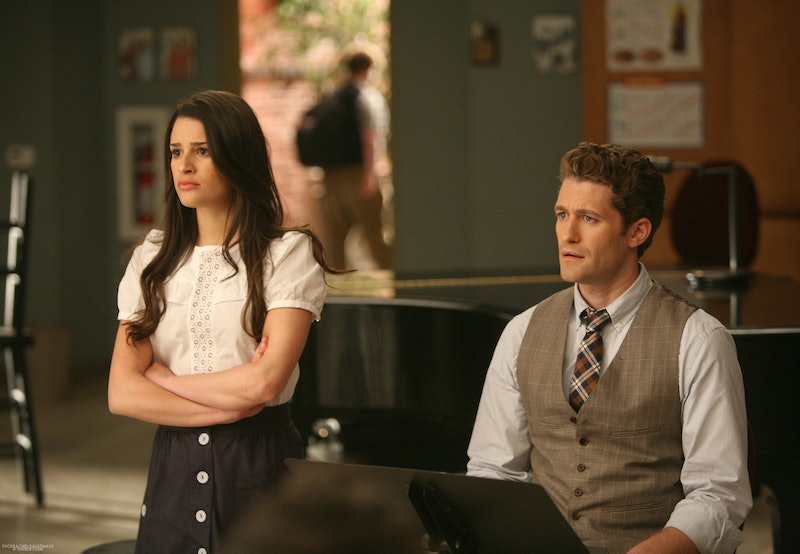 Gleeks, these Season 6 spoilers are something else. Well, actually, I retract that statement. There's probably nothing you haven't already prepared yourself for with this enigma of a show. But, while Glee and the powers that be like to take us out to a nice dinner and then never call us back, sometimes, sometimes, they surprise us with sweet gestures in order to make it up to us. Glee Season 6 may be the proverbial bouquet of roses at our doorsteps. Because yeah, we deserve it.

For instance, this season may not be what you were expecting, but that's not necessarily bad news. I think the writers did what they had to in order to try and make the show what it once was. I always like to give a little room for leeway for the direction that Glee took (after Season 4) because, as you all know, sadly some things were absolutely beyond their control.

So, onto the Season 6 spoilers. What's going down? A whole freakin' lot. According to E!Online, everyone's going back, back to Ohio, Ohio. Yes, even those who swore they never would *cough* Rachel Berry, what the hell happened?! *cough*.

No, not the president. Though that'd be cool.

I suppose it was our own faults to think that a show about a glee club could actually, truly leave the place where the glee club exists.

Yep, that's right y'all. The rumors are true. E!Online states it loud and clear, "Rachel is the new Mr. Schuester (Morrison) as she returns to Lima after failing as a TV actress. Struggling with her next move, Rachel decides to reinstate and lead the glee club at McKinley after discovering that Sue has banished the arts at the school."

THE CASTING OF GLEE CLUB N00BZ

E!Online elaborates saying, " Five new McKinley sophomores, including twin Cheerios Mason and Madison, who are both super-positive and weird, and football stud Spencer, who is "post-Glee gay." Rounding out the glee club will be the unconventionally pretty and drily funny Jane, who joins New Directions after she's turned away by the Warblers, and the shy and chubby Roderic, the show's new underdog who has a voice like Otis Redding."

This perplexes me but I suppose there's no choice but to have students in a school, right? As long as they sway along nicely and quietly in the background, I'll accept it.

"While not revealed what exactly they'll be doing, fans can expect to see Blaine (Criss), Sam (Overstreet) and Schuester all have surprising new gigs in Ohio," E!Online notes.

Note: this gif is a shameless ploy to stare at Chord Overstreet's rockin' bod.

Let's just cross our fingers and keep on believing (see what I did there?).