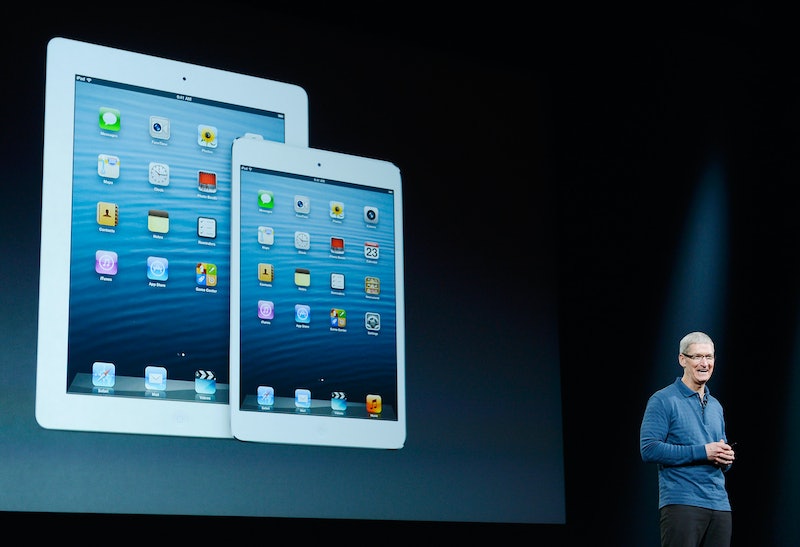 For as long as I can remember, the tech world was all about making the product smaller. Whether it was the iPod turning into the iPod mini, the iPod nano morphing into the iPod shuffle, or the iBook becoming the Macbook and then the Macbook Air, the goal always seemed to be: Get it smaller. However, with Apple announcing bigger screens on the next generation of iPad, plus bigger advertisements on their product's screens, maybe "bigger is better" will prove to be the case.

So, is bigger really better?

Looks like Apple thinks so. Whether in response to competition or taste changes, Apple has switched things up. The iPhone 6 – due out in early September – is rumored to have a larger screen than the iPhone 5, and more recently Apple has announced that it is releasing a larger iPad in early 2015. Meaning, the largest iPad ever.

On top of bigger screens, the ads that will fill them up are going to be bigger as well. On Tuesday, Apple announced that they were developing two new ad formats that would cover your entire screen with advertisement, rather than smaller banner ads.

But why go bigger?

Seems like competition and revenue are steering the tech world towards bigger products and screens. The Samsung Galaxy smartphone started giving the Apple's iPhone a run for the money a few years back. Despite having a larger screen than the iPhone 5, Samsung customers loved it — and in May of 2013 the Samsung Galaxy S 4 outsold the iPhone 5. More importantly, however, the Galaxy was selling consistently well.

Similarly, the iPad product screen growth is apparently a response to slowing sales of the product that some attribute to growing sales of mobile devices with large screens. The growing ads that will cover our screens are also another chance to get the big bucks for advertisers and force greater revenue for their products.

More like this
The 8 Best Headphones For Pelotons
By Megan Gray
The 5 Best Bluetooth Label Makers For Your Home, Office & Beyond
By Rachel Dunkel
20 Smart Devices Under $35 That’ll Change The Entire Vibe Of Your Home
By Emma Carey
The 5 Best Laptop Power Banks
By Vanessa Spilios
Get Even More From Bustle — Sign Up For The Newsletter