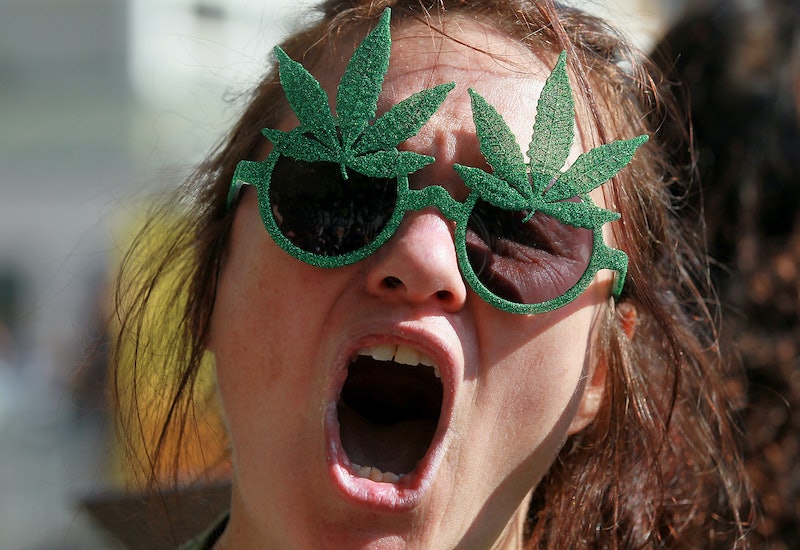 As pot becomes less and less taboo and more and more available in the United States, it leads us to wonder...is marijuana bad for your brain and body? Are we hurting ourselves by smoking pot? Though plenty of people don't see anything wrong with people occasionally enjoying some recreational weed, science says it may actually be bad for you. Sorry, stoners!

According to a study out of Harvard involving 40 young people between the ages of 18 and 25, even casual marijuana use can change the way your brain operates. Participants who did smoke, even casually, had larger a nucleus accumbens, the part of the brain involved in decision making and motivation. They also saw structural changes to their amygdala, which affects emotional behavior. The scientists interpret this to indicate that the brains of marijuana users form new connections that encourage further drug use.

“There is this general perspective out there that using marijuana recreationally is not a problem — that it is a safe drug,” says the co-senior author of the study, Anne Blood. “We are seeing that this is not the case.”

Which is fair, given that re-wiring your brain is not generally the sort of thing you want to do a brain that's currently functioning just fine.

Some scientists, however, are skeptical of the study. After all, the sample size is rather small — only 40 participants. Plus, among those participants who did smoke, the average marijuana use is listed as six joints per week, which is a far cry from just casually having a few hits on the weekend.

So is marijuana safe? Well, it's hard to say for sure. After all, numerous studies have indicated that rates of marijuana addiction are very low, even among users, and typically addiction is considered to be psychological rather than physical. However, it seems that there may be more to the story than initially thought.

Of course, whether or not these potential risks are reason enough to keep marijuana illegal is another question. After all, substances like alcohol and cigarettes also pose their fair share of risks to health and well-being, as well as being potentially very addictive. Right now there isn't enough information to say definitively how great the risks from marijuana might be, but science is one it, and will probably have more information for us soon.