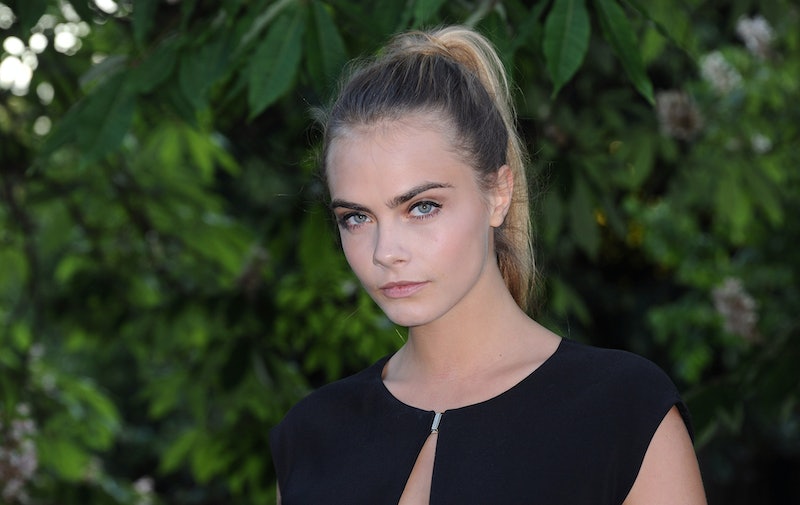 The moment when you see that a Zoolander sequel is being discussed by Vogue, you just know something interesting and/or completely bizarre has to be happening. And whether you choose to call it absurd, strange, or just false gossip, it's certainly an official rumor now — reportedly, Cara Delevingne might be in Zoolander 2 as the lead female role.

According to a source that the Sun quoted, Ben Stiller wanted a "big-name model for the film" who is "full of natural comedy." While I, personally, am still reeling from the fact that there is an article associated with Vogue about a Zoolander sequel, I guess the choice of Delevingne for the film would kind of make sense. She's ridiculous, funny, and just a little bit strange, and so is Zoolander. In theory, it actually works quite well.

Even though Delevingne isn't the only top model up for the role (Suki Waterhouse is apparently also being considered), when you look through the many faces/antics of Cara, it kind of seems like there's only one "naturally-comedic, big-name" model for the film.

First of all, she already kind of has the whole "blue steel" thing down. Well, more or less.

But is that the only face she has under her belt? No, of course not. On the first hand, she's a model. It's her job to change facial expressions. And on the second, she's just really weird sometimes. Obviously, the options are endless here.

Which, somehow, is just oddly terrifying and still really funny.

And this should also be thrown in because why not:

Is she goofy enough? Well...

Ok, so Zoolander in Vogue many not make sense, no. But Cara Delevingne in Zoolander? Yup, I can see it.