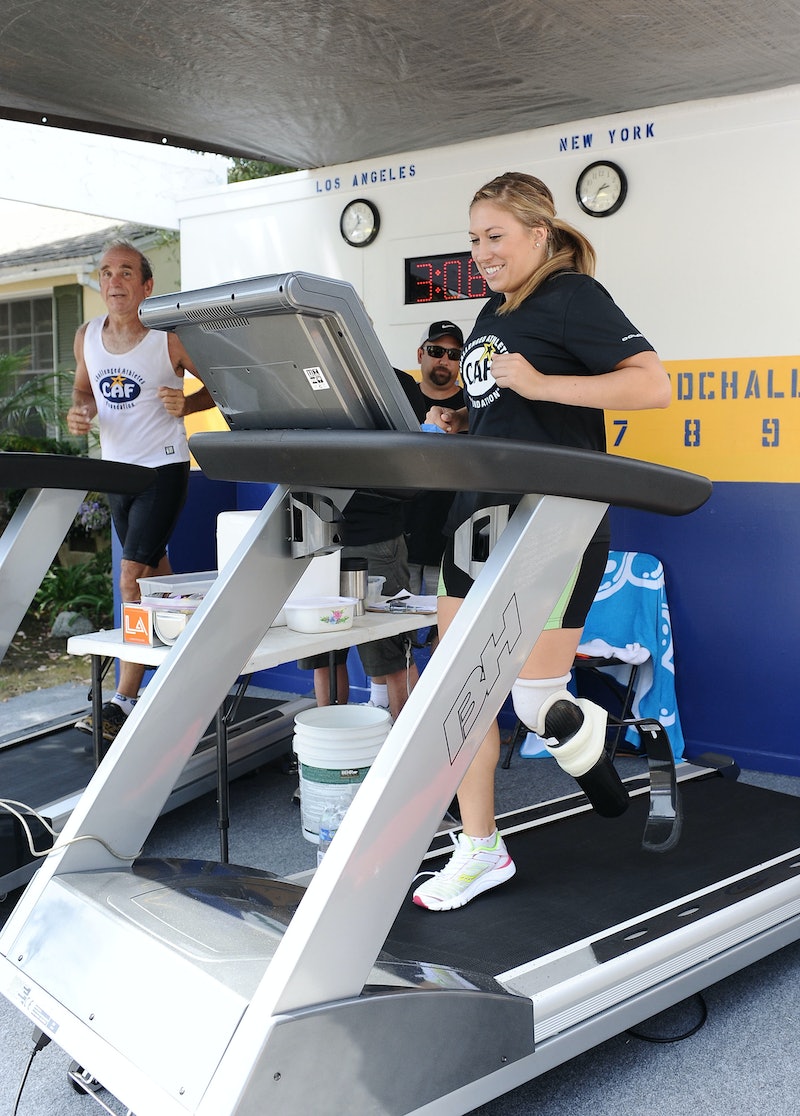 You've heard it before — exercising can prevent depression or alleviate the symptoms, and there have been 25 studies confirming that in the last 26 years. Now, scientists may have discovered the part of the brain that motivates mice to exercise, which may mean big things for treatment of mental illness if that translates to humans.

So, this tiny region of the brain is called the dorsal medial habenula, and it functions similarly in humans as it does in mice. The study used two groups of mice — one group that had been genetically engineered to block signals from this part of the brain, and one group that had this part of the brain activated by lasers, which sounds very science fictiony to me. Dr. Eric Turner, the lead scientist on the study, said that “without a functioning dorsal medial habenula, the mice became couch potatoes. They were physically capable of running but appeared unmotivated to do it.” I feel you, guys.

As someone who both has occasional struggles with depression/anxiety and very frequent struggles with motivating myself to exercise (because it's pretty much the worst), I'm happy about this news. Hauling my ass to the gym is difficult enough when my mood is sunny...when I'm feeling gray and lethargic, putting on a sports bra sounds down near impossible. I personally could see myself benefiting from a treatment that either a) motivated me to exercise when I'm feeling well so that depression doesn't creep in or b) motivated me to exercise when I'm not feeling well so that I can pull myself out of the funk.

I also wonder how else this new information could be used. Could people who are overweight be motivated to get fit by having their dorsal medial habenulas stimulated? Could this technology be used to help enforce positive fitness habits in children? Could it be harnessed to get me to run more than a single mile without submitting to an episode of tachycardia? Oh, science.

More like this
6 Abortion Advocates To Follow On TikTok
By Sara Youngblood Gregory
How 5 People Upended Their Lives To Fight For Abortion Rights
By Hannah Smothers
I Was All For Medicating Mental Health Issues – Just Not For Me
By Anonymous, as told to Dana Smith
Lily Allen Was “Quite Emosh” After Performing Sober At Glastonbury Festival
By Stephanie Topacio Long
Get Even More From Bustle — Sign Up For The Newsletter