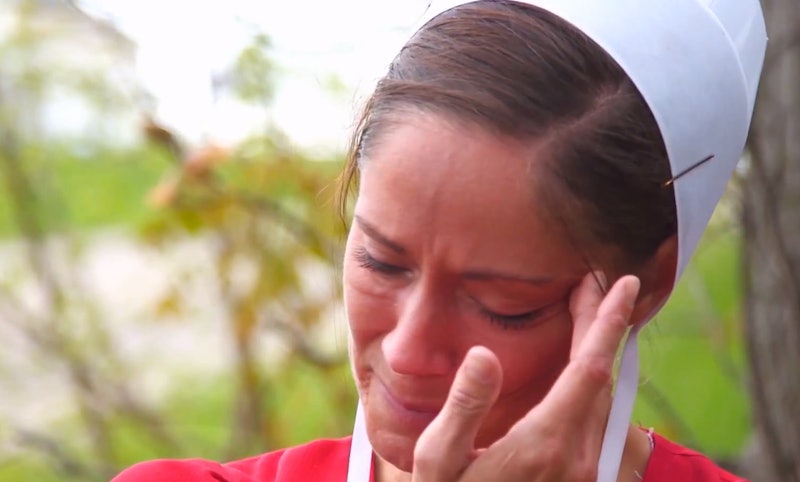 If you've been wondering how TLC's Breaking Amish is going, well...it's still going. In fact its third season's premiering in just a few weeks, on Sept 18. That also means The Wrap got a trailer for Breaking Amish 's Season 3, and it's pretty much what you'd expect from a Breaking Amish trailer: A lot of crying and young people talking about breaking their families' hearts, lots of shots of people in Amish garb traipsing through New York City, and a whole lotta that fish-outta-water vibe. As usual, there's also a lot of talk of Satan and temptation.

Like many of its cousins on TLC, Breaking Amish hasn't exactly been received as a beacon of sensitivity to the Amish community.

Regardless of its accuracy, though, Breaking Amish is waging on. At least for ten more episodes, which is the episode order TLC gave the third season of the show. A whole new herd of Amish youth will experience life in Brooklyn — and lingerie, and butt-grabbing, and lots of drinking, if the trailer is to be believed. If the trailer's to be believed they'll also feel a whooole lot of guilt along the way. So much guilt.