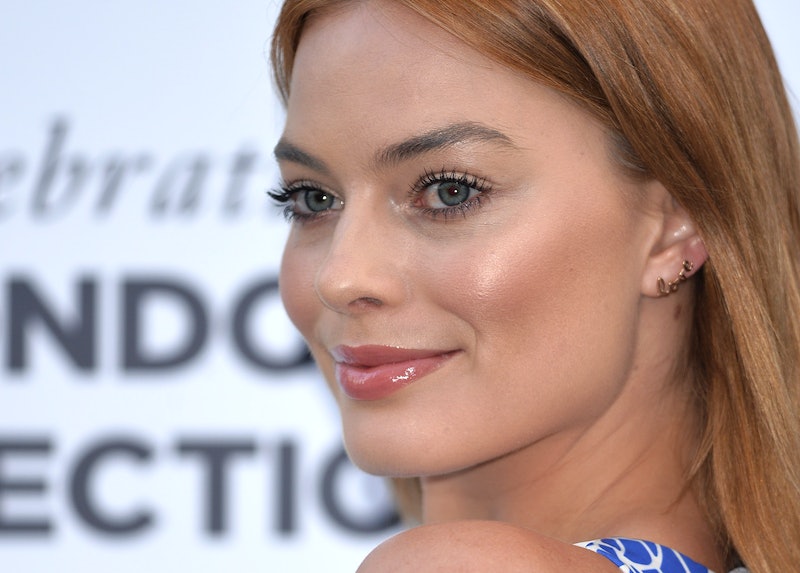 He might not be Leonardo DiCaprio, but Margot Robbie’s boyfriend is definitely a keeper. In June, Just Jared reported that Robbie was caught kissing a “mystery man” who’s name, until now, was completely unknown. Now, sources are telling Just Jared that the “mystery man” is named Tom Ackerley. No one knows who this guy is, but don’t worry, we found him, and we have a lot to talk about.

First thing to know about Ackerley is that he does work in film, but he is not an actor. Looking at his IMDB page, Ackerley has worked as a crewmember, and assistant director on multiple films. Recently, he was the third assistant director on Suite Française, which comes out later this year, of which Robbie stars in. While we don’t know how long the two have been dating, but we do know that is that Suite Française began filming in June 2013, and it could be that this movie was the meeting place for their relationship.

So what is there to know about Margot’s man? Because he has kept a relatively low profile — his Instagram only has 216 followers currently — there’s a lot to learn about him. Here are seven important things we learned from his Instagram.

He has a sense of humor

Tom captioned this photo "#boyband #onedirectioneatyourheartout" which if you don't read hashtag, that's "boy band" and "One Direction eat your heart out". We'd listen to their music.

He's got a killer view from his "office"

Tom's "headquarters" are in London.

He went to the Wolf of Wall Street premiere

Sneaky, sneaky. Tom posted this picture when the film premiered in the U.K., which leads me to assume that he and Margot have at least been together since January.

He is from England

Margot, who is from Australia, and Tom, who is from England — he captioned this "Home" — have the perfect accent combo, am I right?

He posts pictures of his puppy

He travels a lot for work

He posts pictures of Margot (maybe?)

It's a little blurry, and he didn't tag her, but I am pretty sure the woman in the white is Margot Robbie, which would make the picture just adorable.

More like this
At 28, Emma Thompson Was Already A Star — But Unhappy In Love, Actually
By Olivia-Anne Cleary
Tanya Burr Is Expecting A Baby With Her Mystery Partner
By Maxine Harrison
Chris Hemsworth Joked That Baring His Butt In ‘Thor: Love And Thunder’ Was A “Dream”
By Brad Witter
What Does The Presley Family Think Of 'Elvis'?
By Arya Roshanian
Get Even More From Bustle — Sign Up For The Newsletter