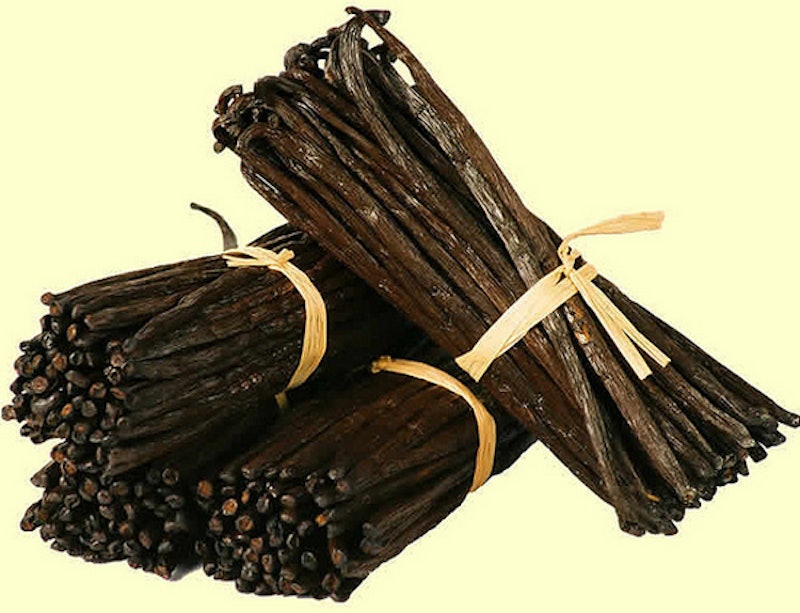 With fall a few weeks away, I'm expecting warm, cozy, and baked good scents to fill the air and to sniff them at home, at Starbucks, and on myself. I'm total vanilla junkie and while some scent fanatics consider vanilla to be blah, boring, and pedestrian, it's actually quite versatile. There are all different types of vanillas and vanilla can be customized if you use different varieties and layer and mix different types of vanilla-scented perfumes and products, like body sprays and lotions. While I have often described a band or a person as "vanilla" when they are bland, middle of the road, or non-descript, I actually don't feel that way about the scent.

It's important to know the basic differences between some of the vanilla varieties. Go into Yankee Candle or any purveyor of scents and you get Madagascar vanilla, vanilla bean, Tahitian vanilla, and French vanilla. I know, my mouth is watering for some Breyer's ice cream right now. The one with the vanilla beans. Or a cupcake. Hold on, let me mop up the drool.

So it's simple. Vanilla beans are usually named after where they're grown and there are subtle differences between each variety. Madagascar, Tahiti, and Mexico are regions that produce vanilla beans. However, it's different with French vanilla. That is not a location-based name, but rather a reference to the act that the French make their vanilla ice cream using egg custard. The eggs make the French vanilla richer and deeper than the regular ol' vanilla. But French vanilla is not just a term for a type of egg-driven ice cream — in terms of scent, it's slightly floral and caramelized.

The egg-less vanilla is called Philadelphia style. Madagascar vanilla is said to have a sweet and buttery aroma. Tahitian is fruity and floral.

With all these subtleties, there is no way vanilla can be boring.

As a vanilla connoisseur, I will try any vanilla on the block and these are my faves, which I mix at random and at will. The guiding principle and golden rule should be don't mix too much of one variety, layering different types on top of each other instead.

This lotion has a thinner consistency, but it is mega moisturizing. But the smell. OMG, it's got a nutty, caramel tone. It smells like toasted vanilla flakes. I use this out of the shower.

And then I blast my clothes and hair with the body spray for an extra dose. Anytime someone gets in my car when I wear this, it's instant, "What are you wearing?" Try it!

When Vicky's discontinued this scent in the '00s, I was majorly bummed. The musky, slightly floral scent is so sweet it's almost cloying, but it lingers and almost always gets a response. I don't use the lotion and body wash with the spritz, since it's too much of the same. When I tend to use the body wash and lotion, I skip the mist. But on days that I don't use those, I spritz my clothes with the Fragrance Mist. I keep one at my desk for mid-day "Ahhh!" whiffs. But I don't do more than two spritzes, since it's sweet enough to cause tooth decay. I like to layer it with any grapefruit or cotton-scented lotions, too. It mixes well with…

…this body wash. The formula is incredibly rich and the scent isn't overpowering so you don't smell like you just put in an eight-hour shift at a bakery. That's why it works so well with Vanilla Lace, which is bolder.

This is the most decadent body butter there is. It's thick and chunky, and smells exactly like its name. It's so moisturizing that I have to let it sink in for 15 minutes before getting dressed. The smell lasts all day and works wonderfully with a little spritz of the Be Delectable Hair and Body Spray or the St. Ives wash.

The dusting powder, which has jasmine and tonka notes, is a foody vanilla, with a bit of a pudding-like scent. It is best used when sprinkled and smoothed over a rich body butter, like Sabon Vanilla Coconut or with one of Lush's Lotion Bars. The talc helps dry down the lotion, as well, all the while tickling your nose. Use it sparingly and BEFORE getting dressed.