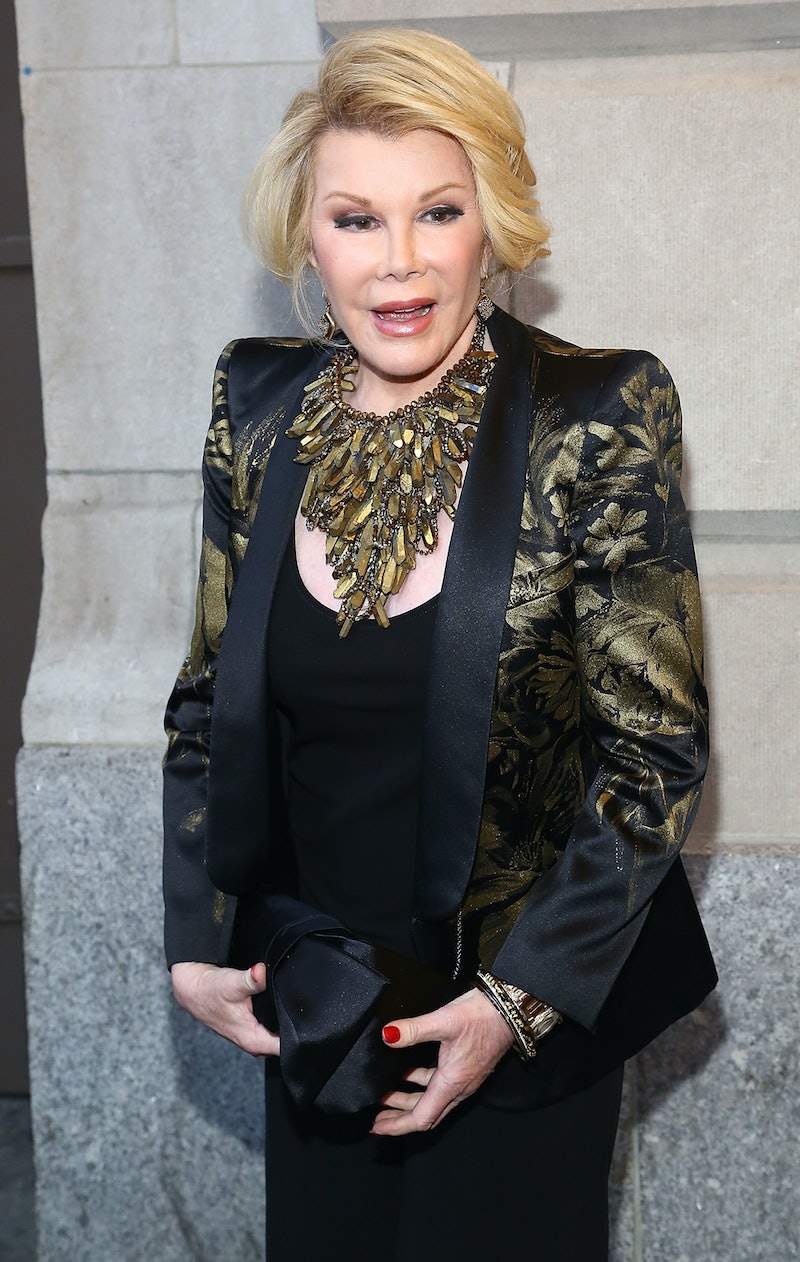 Update 12:06 p.m. EST: TMZ reports that according to the NYPD Rivers is in critical condition. Her heart is said to have stopped beating at one point, and it is unclear whether doctors were able to restart it.

In alarming news, it has just been reported that Joan Rivers has been hospitalized after she stopped breathing during an in-patient throat procedure on Thursday. According to TMZ, Rivers was rushed to Mount Sinai hospital in New York City when she stopped breathing during surgery on her vocal chords. A 911 call was placed at 9:39 a.m. EST and the caller reportedly said, "We have somebody in either cardiac or respiratory arrest." The site also reports that Rivers daughter, Melissa Rivers, is on her way to New York to see her mother.

Rivers, 81, is a comedian best known for her standup career which took off in the 1960s, her work on The Tonight Show with Johnny Carson, and her red carpet award show coverage which she hosted on E! with Melissa during the 1990s. Since 2010, Rivers has hosted Fashion Police on E! along with Kelly Osbourne, George Kotsiopoulos, and Giuliana Rancic. Melissa Rivers serves as one of the show's executive producers.

Anyone who watches Fashion Police can tell you that Rivers is young at heart — and in body, Rivers gets around pretty darn good, plus she's very open about the plastic surgery she's gotten in an effort to keep herself looking youthful. That isn't to say Rivers is free from health issues. In 2002, Rivers was diagnosed with osteoporosis and has since worked with the International Osteoporosis Foundation. Rivers has also been open about staying active by exercising and continuing to work, and the way she speaks about getting older is nothing short of inspiring.

We will continue with updates as the story develops.