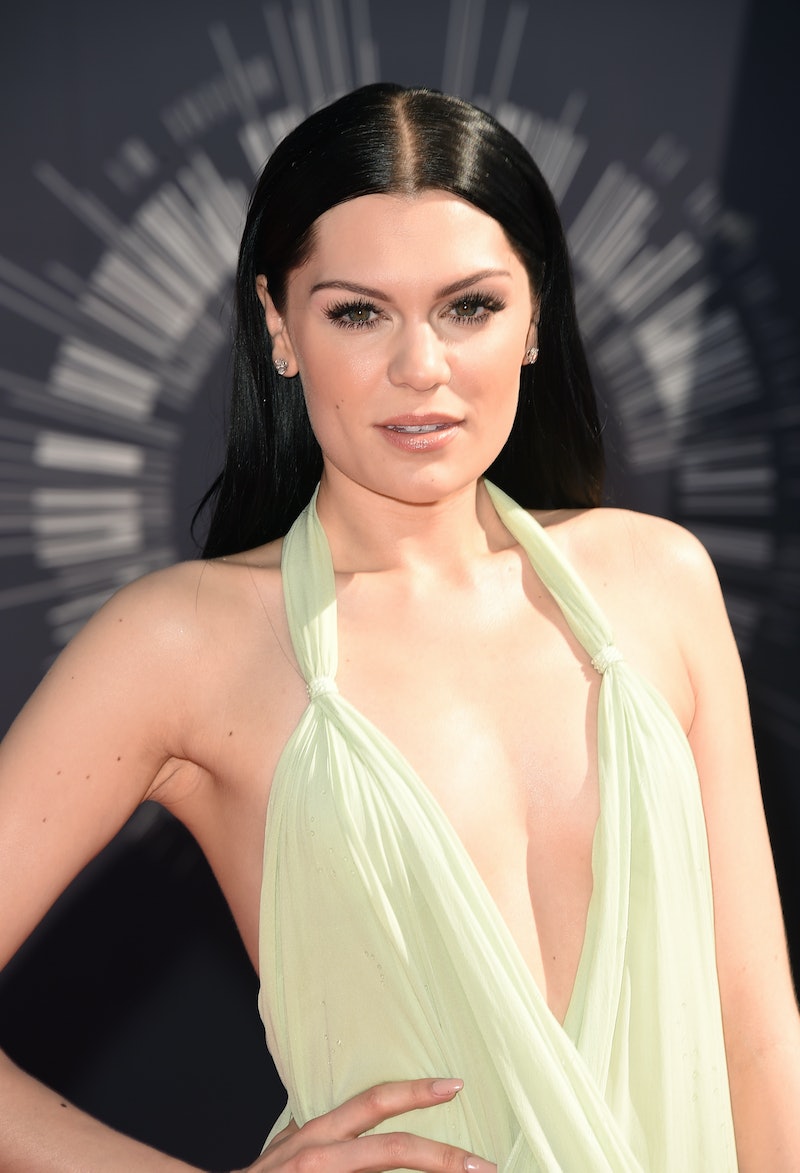 On Sunday, Jessie J, Ariana Grande, and Nicki Minaj opened the 2014 MTV Video Music Awards with an explosive performance of their new single, "Bang Bang." While watching, I wouldn't be surprised if you found yourself thinking, "Wait, I know who the other two are, but who's Jessie J?" To be honest, you probably weren't alone — but all that could be about to change. In a recent interview with the Daily Mail, London-based singer Jessie J revealed that she's moving to the United States because people at home don't "appreciate" her talent. When asked about her impending move to Los Angeles, Jessie said:

Home is where my heart is and my heart is with my family so I'll always be coming back here. But America, at present, is where the work is. ... In America they see me as a singer whereas here I feel that people don't appreciate my voice. I've dedicated my life to singing and I want to be taken seriously. Here it seems that all people want to know is what I've had for breakfast and who I'm sleeping with.

So, who is Jessie, anyway? According to the same interview, after securing a contract with Sony at age 18, Jessie traveled to Los Angeles to start her music career. Her big break came in 2009 when she co-wrote Miley Cyrus' smash hit, "Party in the USA." The future looked bright.

Jessie released her debut album, Who You Are, in the United States in April 2011, and the project's lead single, "Price Tag," went on to become a minor hit. Her second single, "Domino," was an even bigger success — but unfortunately, it didn't last. In fact, after its disappointing commercial performance in the United Kingdom, Jessie's sophomore album, 2013's Alive, never even saw a U.S. release. People in the United States began to forget about her. However, with "Bang Bang" currently sitting at number 10 on the Billboard Hot 100 chart and Jessie planning to put out her next album, Sweet Talker, in October, now is the perfect time to get to know (or reintroduce yourself to) the immensely talented 26-year-old artist.

Here are 9 tracks that will have you hooked on Jessie J:

Jessie's debut single has a laid-back, distinctly summery vibe to it. It's hard to get "Price Tag" out of your heard, that's for sure.

Much like "Price Tag," "Abracadabra" is a chilled-out song. It's about finding that one special person who really makes your heart "sing." I like this one a lot.

Jessie showcases her incredible vocal and emotional range on "Who You Are," a powerful ballad about self-acceptance. Jessie's beautiful voice can sell even the song's most cliché lyrics.

I listen to "Domino" at least once a day — but usually more. It's one of my favorite pop songs in recent memory. It just makes you feel good. Get into it.

Jessie's hook-filled collaboration with French DJ David Guetta, "Repeat," is definitely one of the highlights of his 2011 album, Nothing But the Beat. You can never really have too many catchy and empowering breakup anthems, in my opinion.

"Wild" represents a new sound for Jessie. It's definitely a little darker and a little harder than what we're used to hearing from her, but it'll still have you singing, "Wild, wild, wild, oh-whoa-oh-oh-oh-oh-oh" in no time.

With its swirling synths, booming percussion, and sing-along chorus, "Thunder" is definitely a stand-out track on Jessie's Alive.

Okay, so my absolute favorite Jessie song is "Domino," but "Gold" comes in a very, very close second. It's so warm and uplifting. "Show me love like I've never known/Baby, you make me feel like gold," Jessie sings on the song's soaring chorus.

"Sweet Talker" is the title track from Jessie's upcoming new album. The song hasn't been released yet, but Jessie's performed it live a few times. It sounds like a future hit to me!

As if those songs weren't enough, MTV reports that Jessie stopped by Grammy headquarters on Wednesday to perform an acoustic version of her next single, "Burnin' Up." According to MTV, the studio version of the track features rapper 2 Chainz. Check out two clips of "Burnin' Up" below:

Remember: Jessie's new album, Sweet Talker, will be released on Oct. 14. Get excited.