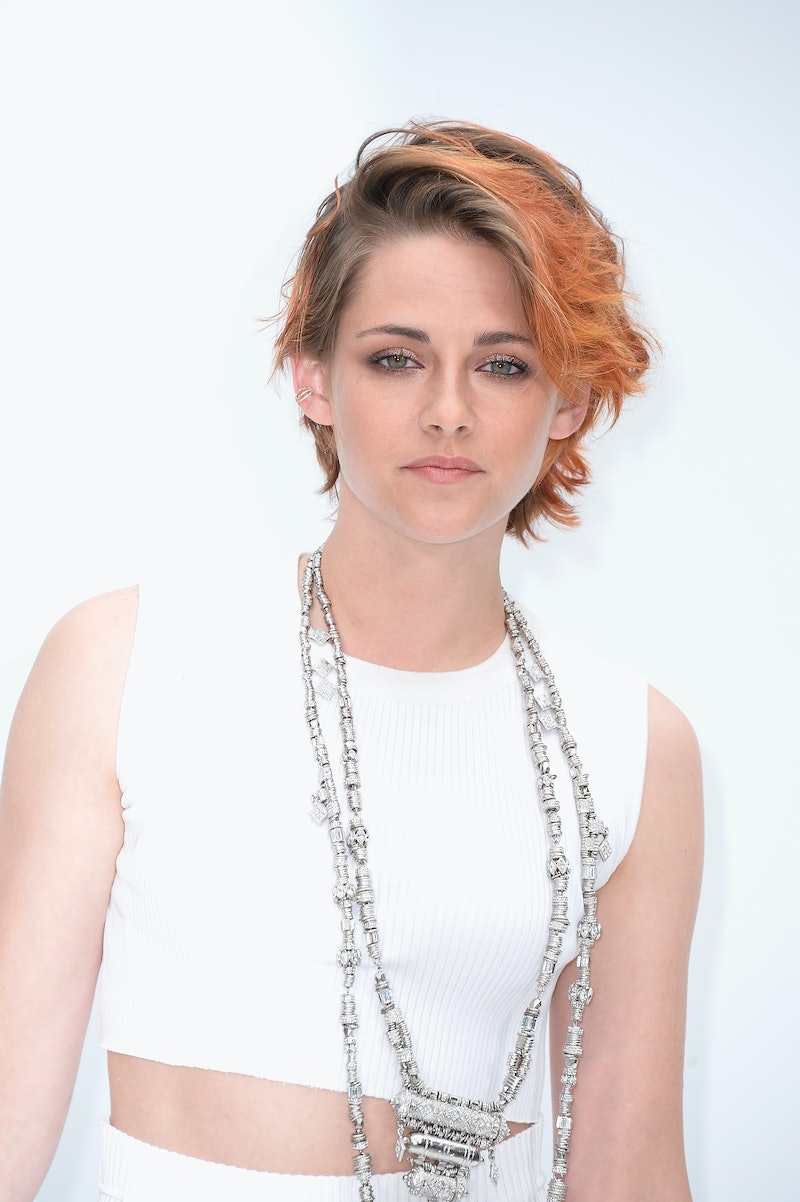 If you're looking for some words that beautifully walk the line between snark, stream of consciousness, and wisdom, Kristen Stewart is here to save your day. Keywords from Kristen Stewart's Vanity Fair profile include "salacious bullshit," "you're going to die," and "dick shit." Bless her. Stewart's relationship with the media has always fascinated me. Before Twilight she was mainly known as an indie child star, and after that, her public perception twisted and turned in ways that will probably be studied decades from now in tomes about the relationship between female celebrities, identity, and the media. No one knows how weird Stewart's life has been as well as Stewart herself, which she delves into at length in this cover story.

On not being bothered by her public image:

It's all a varied assortment of whatever flavors they've picked up at the newsstand or in the theater or on the Internet. But that literally is something that is not designed by me and so it's not something that bothers me. But I don't want to add to this already pre-existing, enormous mound of salacious bullshit that isn't real.

On celebrities as characters cast by the media:

Stepping for a second away from the morbidly existential ending to that quote, let's talk for a second about how right Stewart is about the way we talk about celebrities. Famous people — from actors, to musicians, to world leaders, to anyone in between — have always been of interest to mainstream culture, and we've always formed narratives around what we know about them. But it's important to understand, especially in the so-called Information Age of the Internet, that Stewart is right: When you get down to the brass tacks of it all, we know very little about the famous faces we cast in our modern mythology. Who the hell really knows what's going on in Beyoncé and Jay Z's marriage? All we've got there are Instagrams, rumors, and on-stage interactions — the rest is cobbled together from a desire to know, but that's not real knowledge, it's wheel-spinning.

The media (here I'm talking social media as well as websites, print, etc.) has seemed to come to enough of a consensus to "feel" like it knows what it'd be like to hang with Jennifer Lawrence or Gwyneth Paltrow for a night — and to know that those would be two very different experiences — but most of us will never know what it's like to be their friends or know their personalities in a way unmediated by PR and modern blogging culture. And I say that as a blogger.

Celebrity culture isn't going anywhere anytime soon, but it's important to remember that the way we sort through the facts presented to us is inherently biased. In Kristen Stewart's case, that's led to a very interesting personal and cultural experience. We don't know dick shit, and we've gotta own up to that.