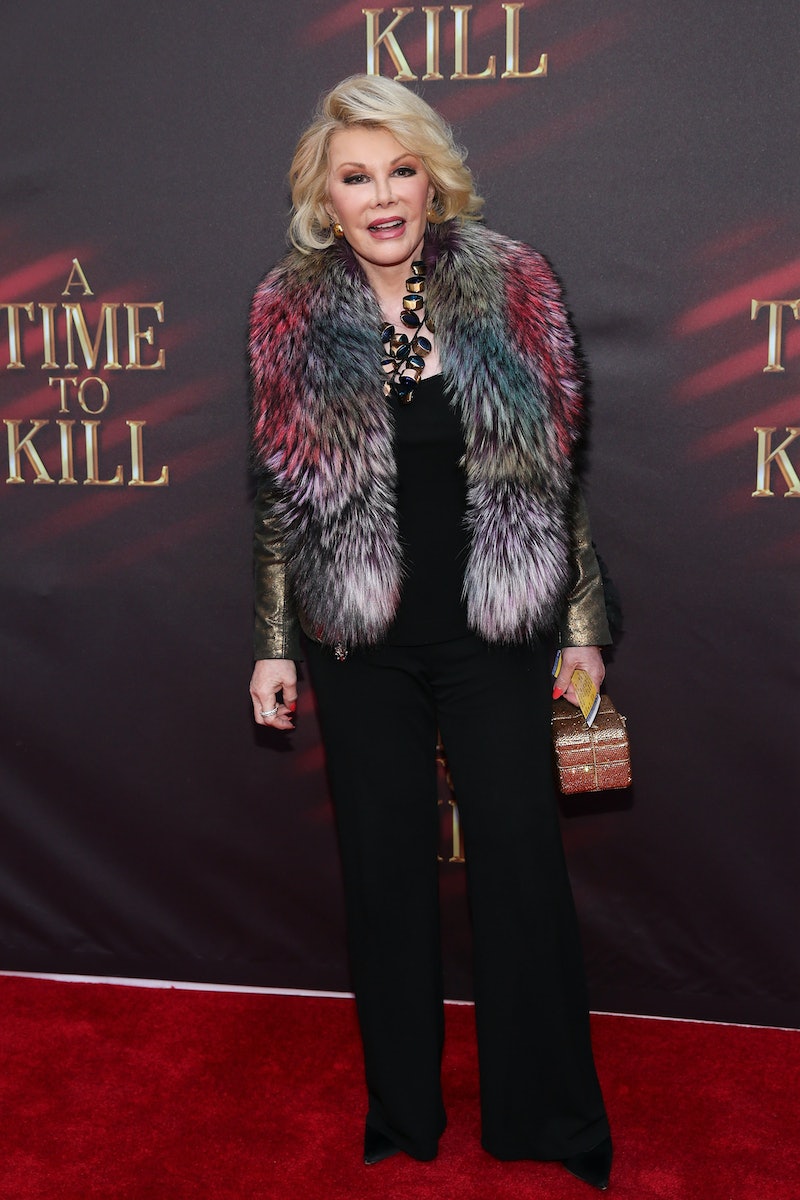 If everything you know about Joan Rivers is what you've seen of her on Fashion Police, please do yourself a favor and get thee to YouTube immediately because before she was hurling insults at celebrities and banking off her catty persona, Rivers was a stand-up comedy gem and queen of late-night TV. The 81-year-old star began her career as part of a musical comedy trio, became Johnny Carson's first female co-host, and then went on to have an incredibly successful career as the host of The Joan Rivers Show.

Rivers didn't necessarily start her career making snarky comments about celebs, though it seems she has always considered them easy punchlines. Rivers' early stand-up comedy was particularly edgy and subversive, long before comedians like Chelsea Handler became well-know. She called out gender norms and the dark side of Hollywood's entertainment industry and celebrity culture. More than anything, her routines are really, really funny.

Here are some highlights from Rivers' early comedy career:

On the benefits of not having boobs.

KILLING IT in that polka dot ensemble.