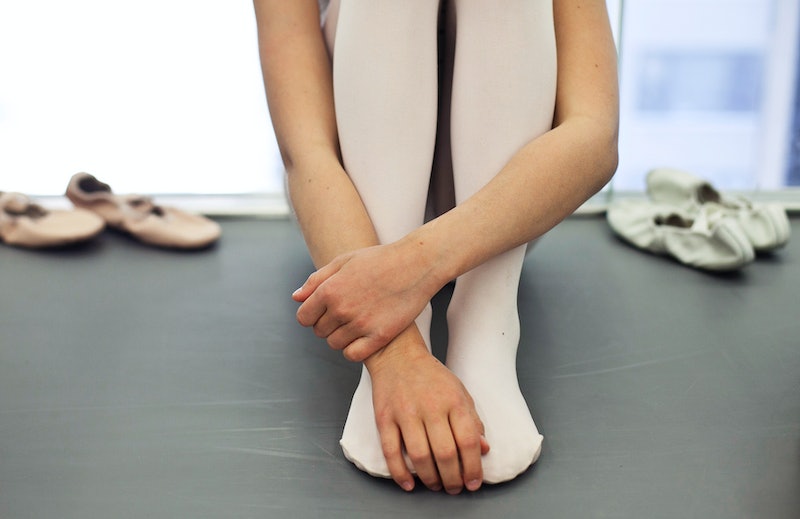 “All adventurous women do,” resolved a formerly distressed Hannah Horvath after her Human papillomavirus (HPV) diagnosis on the first season of Girls. But in reality, according to Dr. Joan Berman, OB-GYN, adventurousness is hardly a prerequisite for contracting HPV — the most common STD around. In fact, almost all sexually active Americans contract it at some point in their 20’s.

The virus is so common it passes through the bodies of many 20-somethings without them ever knowing it. Dr. Berman explains, “The immune system fights off all kinds of viruses, so it’s not unusual for a healthy person to eradicate it on their own.”

However, the virus is not without risk. Here’s what you should know about the sexually transmitted infection that is estimated to affect at least 80 percent of sexually active American women.

Barrier methods of birth control (i.e. condoms) reduce risk, but are not guaranteed to be effective because the virus can be transmitted from areas not covered by them. For full prevention, there’s always abstinence, Dr. Berman reminds me.

The main method of HPV prevention, however, is a vaccination called Gardasil, which is now recommended for both men and women in their pre-teen years, though you should still get it even if you’re sexually active). It is a series of three vaccinations administered over the course of six months. It has a high success rate for preventing four strains of HPV — two that lead to 70% of cervical cancers, and two that lead to 90% of genital warts. In total, there are more than 100 types of HPV, but not all can cause health problems. The strains prevented by the vaccine are not the only ones that lead to cancer, so unfortunately even the vaccine does not guarantee complete protection.

As with many health issues, smoking makes everything worse. If you have an abnormal pap smear and continue to smoke, the chances for it to resolve are greatly decreased.

Dr. Berman, who has worked as the consulting OB-GYN for the Columbia University health center for 25 years, says regular screenings for HPV can prevent cervical cancer from being a huge health issue by catching it early.

"Cervix cancer typically develops over many years. Paps are able to find it long before it becomes invasive. Thus, cervix cancer prevention is in fact very successful in populations who have access to the vaccine and regular screenings. Furthermore, an abnormal pap can be evaluated and tracked until it resolves on its own, or requires treatment by a minor procedure in the precancerous state. The problem arises when women do not have access to, or do not take advantage of routine, quality preventive healthcare."

It's Not The End

Having HPV can be a precursor to future complications, but is no guarantee. Due to the vaccine and gynecologists’ ability to monitor cervical health through routine pap smears, cervical cancer is becoming vastly more preventable.

Take it upon yourself to be extra vigilant in maintaining regular gynecological appointments. Pap smears are considered to be an incredible boon to public health. Since pap smears enable doctors to monitor health before invasive cancer occurs, Dr. Berman points to them as an extremely effective preventive method.

If you have an abnormal pap smear, or, atypical cells of undetermined significance paired with a high risk strain, your doctor may recommend a colposcopy — a short procedure in which the cervix is examined through a magnifying glass. It’s nothing to be afraid of. You remain awake for it, but it allows your doctor to take a sample of tissue to biopsy — another step to make sure you stay healthy.

In another pop culture testament to the commonality of HPV, Jenny Slate's character Donna in the incredible Obvious Child (have you seen it? Go see it!) says, “I'll be here with my normal HPV that 1 in 4 nice women have.”

If it helps relieve some stress of diagnosis to imagine HPV as a stamp of adventurousness, à la Hannah — that’s okay, too.

More like this
Hinge's New NFAQ Feature Is Demystifying Queer Dating
By Emma Carey
The Best Time To Date After A Breakup, According To Experts
By Bustle Editors
25 Things I've Reduced My Life To, In Addition To WFH In My PJs
By Ginny Hogan
Are Virgo & Capricorn Compatible In A Relationship?
By Kristine Fellizar
Get Even More From Bustle — Sign Up For The Newsletter