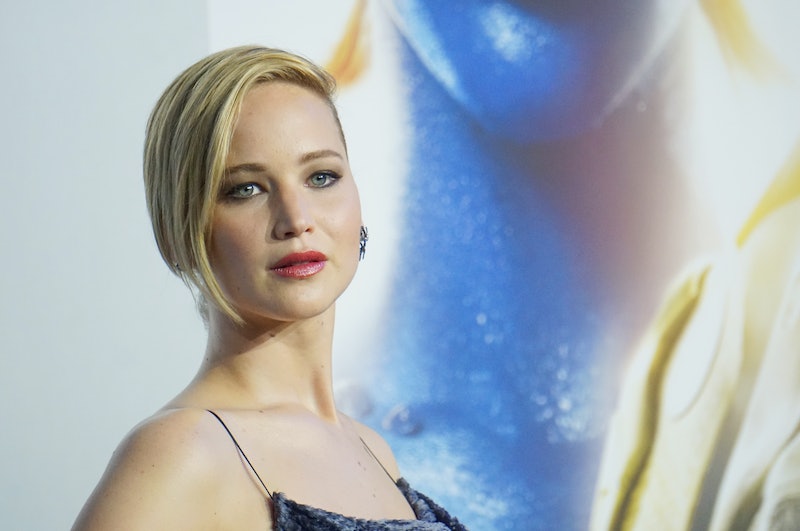 The Internet found itself in a tizzy this Labor Day weekend after alleged nude, personal photos belonging to celebrities such as Jennifer Lawrence, Kate Upton and Kirsten Dunst leaked to the Internet. It's still unclear how the leak happened, but most reports point to a 4Chan user who released the photos on the image-based website. However, Gawker reported that the source of the leak may be AnonIb, an anonymous message board. Business Insider has also reported that a 26-year-old hacker has already been accused by Reddit's "armchair investigators" of releasing the photos, but he has denied the claims to several media outlets.

Although the source of the leak — and how the photos were secured in the first place — remains unconfirmed, there's a lot of speculation surrounding iCloud, Apple's backup storage system that enables users to sync up their mobile devices with their computers, as well as store photos, videos and documents. iCloud also features a photo sharing platform, allowing iPhone users to share their pictures with family and friends across many different Apple platforms.

The Next Web reported that the photos may have been hacked because of a glitch in iCloud's Find My iPhone service. The hacker may have used "brute force" to guess the target account's password, and repeatedly guessed it until it match. Once that happens, a hacker can reportedly access other iCloud functions, including Photostream.

It's still unconfirmed whether or not the hacker who leaked the hundreds of celebrity photos manipulated iCloud to get the personal photos, and Apple has repeatedly denied to publicly comment on the incident. But that hasn't stopped people from questioning, just how safe is iCloud?

According to Mashable's Christina Warren, iCloud can still be trusted — especially if you follow certain security protocols. It can be as simple as using a strong and unique password; however, it's way safer to use a username/password that isn't attached to multiple accounts, such as your Gmail or Facebook. Warren also suggests using passwords and locks on all your devices — mobile, iPad, laptop — to ensure your data won't be intercepted.

Writing for Forbes, Gordon Kelly also provides some insight on how to secure your iCloud storage, but it may take some manual effort. According to Kelly, there's the "quick kill," which means switching off the Photostream option on your iPhone's iCloud system. (But remember to save your photos on your computer first.)

There's also the two-factor authentication method, which requires users to punch in both their PIN and password before accessing the iCloud from an unknown device. To set this up, you must go into "My Apple ID" and click "Two-Step Verification."

Still, because an iCloud breach has yet to be confirmed, we could just be overreacting. What we do know for sure is that this was a major breach of privacy. But as security researcher Ken Westin reminded us in a blog post on Monday, it's a lot easier now for people to get their hands on our photos:

It is important for celebrities and the general public to remember that images and data no longer just reside on the device that captured it. Once images and other data are uploaded to the cloud, it becomes much more difficult to control who has access to it, even if we think it is private.