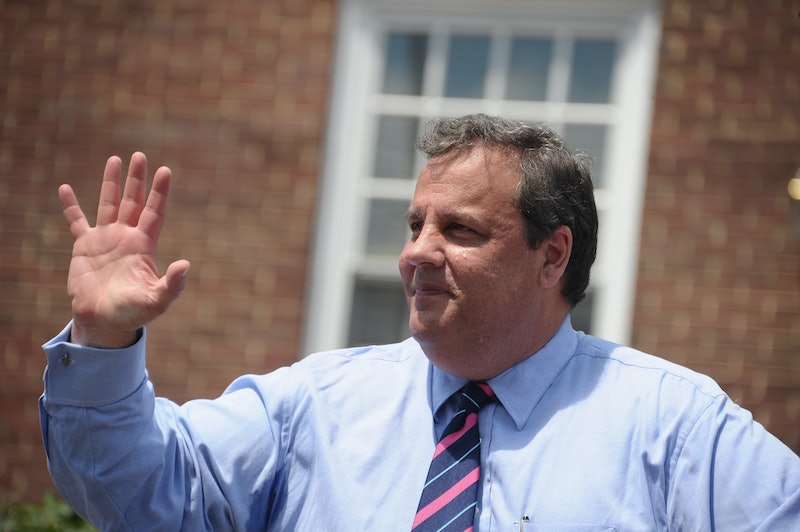 We just knew Obama was brainwashing New Jersey Governor Chris Christie on those adorable man dates of theirs. Just the other day, Christie agreed to ease restrictions on medical marijuana for sick minors. Now, he's signed a law banning gay conversion therapy. What's next, a bill assigning the Communist Manifesto as required reading for first graders?!

All jokes aside, it's clear that Christie is "evolving" with the 2016 presidential race in mind. Christie signed the measure into law Monday following a heated debate in the Assembly Women and Children's Committee, which approved the bill 5-0 with one abstaining vote. This action will prohibit any licensed therapist, psychologist, or social worker from attempting to use conversion therapy to change the sexual orientation of an adult or child. In a written statement, Christie said his decision was influenced by the advisory of health and psychology experts. "Exposing children to these health risks without clear evidence of benefits that outweigh these serious risks," he explained, "is not appropriate."

New Jersey is only the second state to legally ban gay conversion therapy, following California's lead in 2012. However, even once-adamant supporters of the gay conversion therapy movement are beginning to recognize how harmful it is. The president of the country's largest gay conversion therapy organization, Exodus International, announced the shutdown of the group earlier this summer, and expressed deep regret. In a public statement, the leader apologized for "having hurt so many by failing to acknowledge the pain some affiliated with Exodus International caused, and by failing to share the whole truth about my own story."

It's not all liberal rainbows and butterflies for Chris Christie, of course. He's still got a history of opposing same-sex marriage to explain to 2016 voters (yes, even the Republican ones).

More like this
Prince William Condemns “Unacceptable” Comments Made To A Black Guest At Buckingham Palace
By Shahed Ezaydi
The David Beckham Qatar Controversy, Explained
By Sophie McEvoy
Mollie King & Stuart Broad Just Shared The First Pic Of Their Baby
By Sophie McEvoy
Here's How To Support Jewish People Amid Rising Antisemitism
By Hannah Orenstein
Get Even More From Bustle — Sign Up For The Newsletter