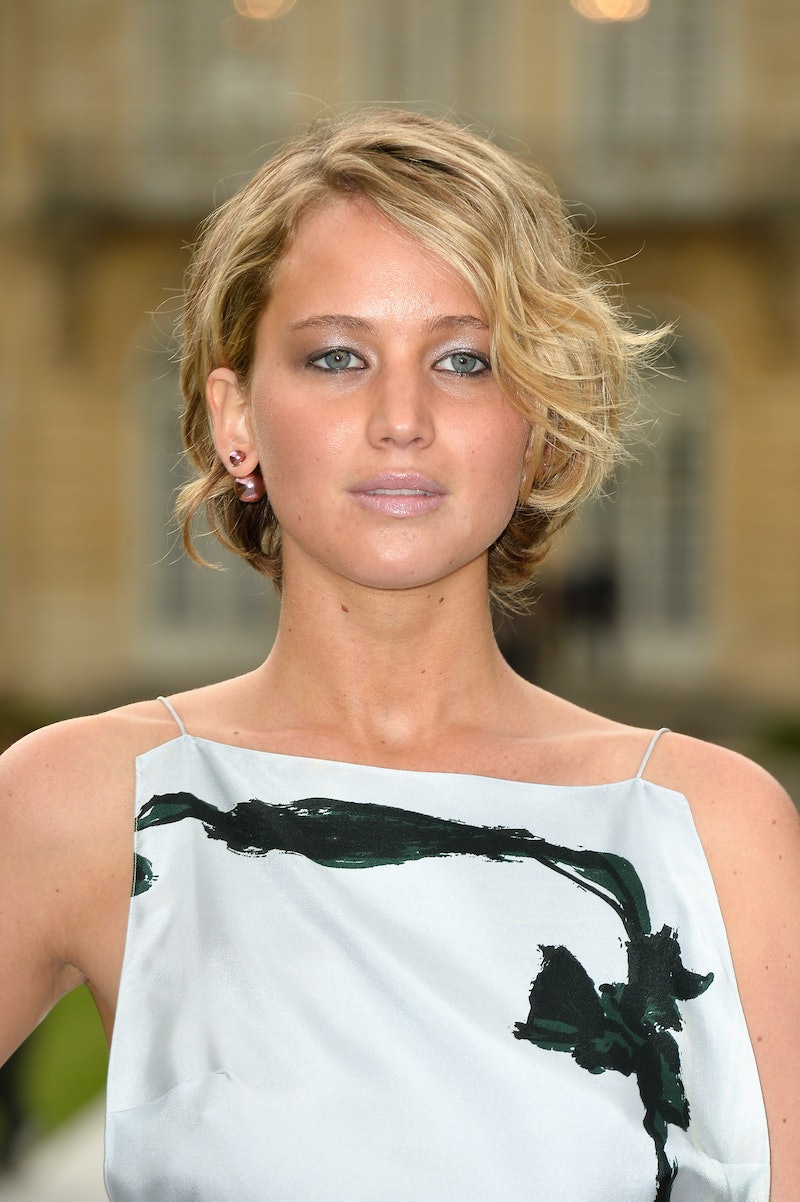 Every day since the Sunday on which hundreds of celebrity nude pictures were hacked and leaked onto the Internet, the story only thickens. Usually, it's in the bad way. Jennifer Lawrence and Kate Upton have sought legal help in removing the images from sites one by one, but Lawrence's case has been snagged by copyright law saying she's not the owner of all the images because she didn't appear to take them all herself. However, the celebrities have found support in odd places. In Lawrence's case, The Prostate Cancer Foundation has been showing solidarity with her. The Prostate Cancer charity turned down donations from Reddit on the grounds that they really don't need money from people who have been disrespecting a woman's body like that.

According to The Telegraph, hundreds of "guilt-ridden Reddit users" who had seen the nude photographs of Lawrence began donating to the Foundation in Lawrence's honor. Some Reddit users claimed that Lawrence had donated to that charity in the past and thus were encouraging people to send money in. All of these users, however, were subscribed to a group that received live updates about the nude pictures, a group that was charmingly called "The Fappening".

Naturally, the Prostate Cancer Foundation shut down the page even though they had raised $6,000 by that point and released the following statement: "On Monday, a Reddit user directed other Reddit users to make a donation to the Prostate Cancer Foundation without the Foundation’s knowledge. We would never condone raising funds for cancer research in this manner. In keeping with our own standards, we are returning all donations that resulted from this post."

Listen, I appreciate the fact that the Reddit users were feeling guilty enough to support a charity they thought Lawrence supported, even if that claim was unconfirmed. Posting and distributing the pictures of Lawrence, or of any of the celebrities, has been noted time and time again, by numerous celebrities and media outlets, to be a sex crime and horrifically disrespectful. However, even if they managed to find a dubious connection between Lawrence and the Prostate Cancer Foundation then they still need to understand that their donations are pretty useless in the grand scheme of things. How is helping to fund prostate cancer research going to help give Lawrence back her security and peace of mind?

Doing good in the world, like supporting such an important charity, is never a bad thing. But if the reason that you're doing it is to "apologize" to a violated celebrity, then you need to understand that it's not a helpful thing. There's been effort from Reddit users trying to catch the hacker and, while that's not really a good thing considering how they went about it, that's more of a helpful and relevant way to give back than donating to a charity on Lawrence's behalf. There's nothing they can do to un-see or un-distribute the images, even if they delete the original posts, but their guilt-ridden time would be better spent trying to help Lawrence remove as many of them from the Internet as possible.

Leave the finding of the hacker to the FBI and instead try launching a petition or a campaign to report anyone who does post or distribute the photos to the proper authorities. Nothing ever disappears from the Internet, but Lawrence has her hands full trying to juggle numerous lawsuits and could probably use the help. The Prostate Cancer Foundation was right to return the money to misguided Reddit users throwing it their way to clear their conscience, but if it's conscience clearing they want then they should try actions that actually help Lawrence directly. For a start, you should probably call your group something other than The Fappening.