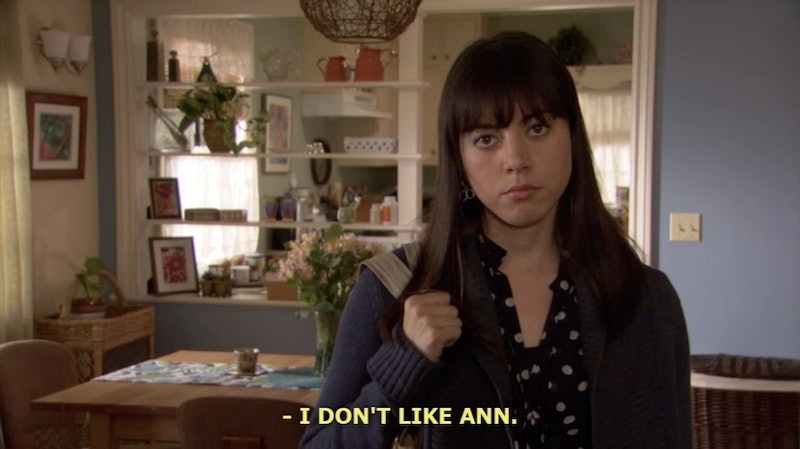 When the 2014-2015 TV season comes to an end, Parks and Recreation will take its final bow. We'll be losing a lot of things that day: Leslie Knope's enthusiastic outbursts; Tom and Donna treating themselves; Andy Dwyer's physical comedy. We'll also never again see April Ludgate insulting Ann Perkins, and that is a crying shame. One that calls for a supercut.

Granted, Rashida Jones left Parks and Recreation in the sixth season and took Ann Perkins with her, but Jones will likely make an appearance or two in the final season of Parks and Rec — you can't say goodbye to Leslie Knope without Ann Perkins — but that just strengthens my conviction that we need supercuts like this in a time like this. We had some good times, you know?

This supercut's pretty much what you'd expect it to be: Aubrey Plaza's April throwing biting remarks at Jones' Ann every opportunity she gets. It's a nice malevolent contrast to the benevolence of Knope's frequent tailored compliments toward Ann. April and Ann might have sung "Time After Time" together once, but that doesn't mean April won't introduce Ann as her 65-year-old grandmother or ask her to sit in the trunk of the car during road trips.