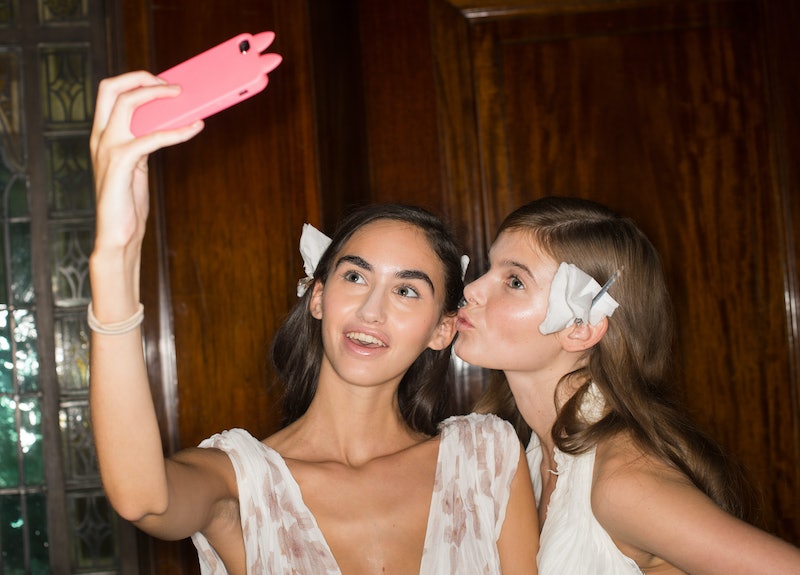 I’m not sure whether this little tidbit is proof that the selfie is dead, or proof that it’s not going anywhere anytime soon… but for the curious, the 10 most irritating types of selfies have been (somewhat) officially identified. The Internet has spoken, so clearly the following list is gospel truth. Or something.

OK, so technically these types of selfies are only the most irritating to a very specific portion of the Internet: People from the United Kingdom of Great Britain. According to the Daily Mail, travel website CheapHolidayLand.com recently conducted a poll to find out which kinds of selfies annoy the British public the most. Specifically, we’re talking about celebrity selfies; it’s probably safe to assume that most, if not all of these pics apply to regular ol’ Instagram aficionados and Facebook devotees as well, though, so you’re not off the hook if you don’t happen to have a zillion followers.

Said a spokesperson for CheapHolidayLand.com, “Selfies have now become a permanent feature of life in the 21st century. And it seems that no one is immune from taking them, from world leaders to members of the royal family and even the Pope.” The spokesperson continued, “Selfies have become the new autograph. For many, someone’s squiggle on a piece of paper is really impersonal, whereas a selfie with a celebrity is unique.” I would argue that people have been snapping photos with celebrities for as long as cameras have been available to the general public; it’s the proliferation of social media that has led to their proliferation.

In any event, counting down from 10 to one, here are the top types of snaps that set people on edge. Which selfie sins are you guilty of?

Coming it at 10th place with a mere one percent of the vote is the “shy” selfie. This selfie is characterized by a sort of “methinks the lady doth protest too much” quality — the type of photograph whose subject seems to say, “Don’t look at me, I’m so shyyyyyy!... but actually PLEASE LOOK AT ME. LOOK AT ME DAMMIT.”

The drunk selfie scored two percent of votes, although frankly, I’m surprised it didn’t earn more. What seems like a good idea when shrouded in booze usually isn’t.

Sorry, Ellen. Four percent of the votes said they absolutely hated group celeb shots. I guess no one wants to be reminded that they don’t hang out with famous people all the time?

I’m going to go ahead and call this one the Smug Couple Selfie. PDA is annoying enough as it is, but when you’ve got it plastered all over your social media feeds? Apparently it makes five percent of people gag.

Is it time for the no-makeup selfie to die? Seven percent of Britons think so. Even if you did #wakeuplikethat.

I’m not actually sure what this is. Is it like duck face? Only… fishier? In any event, it won nine percent of the vote. Like the drunk selfie, I’m surprised it didn’t score higher.

“Cough, cough! I’m so sick! Feel bad for me, people of the Internet!” Not so much, said 15 percent of those polled.

This one is a complicated issue that others have addressed better than I ever could, so I’m going to point you over here. It might shed some light on why 16 percent of the votes went to the pre-food selfie.

These last two types of selfies very specifically use the word “smug.” So, 18 percent who voted for this one: Are not-smug post-gym selfies okay?