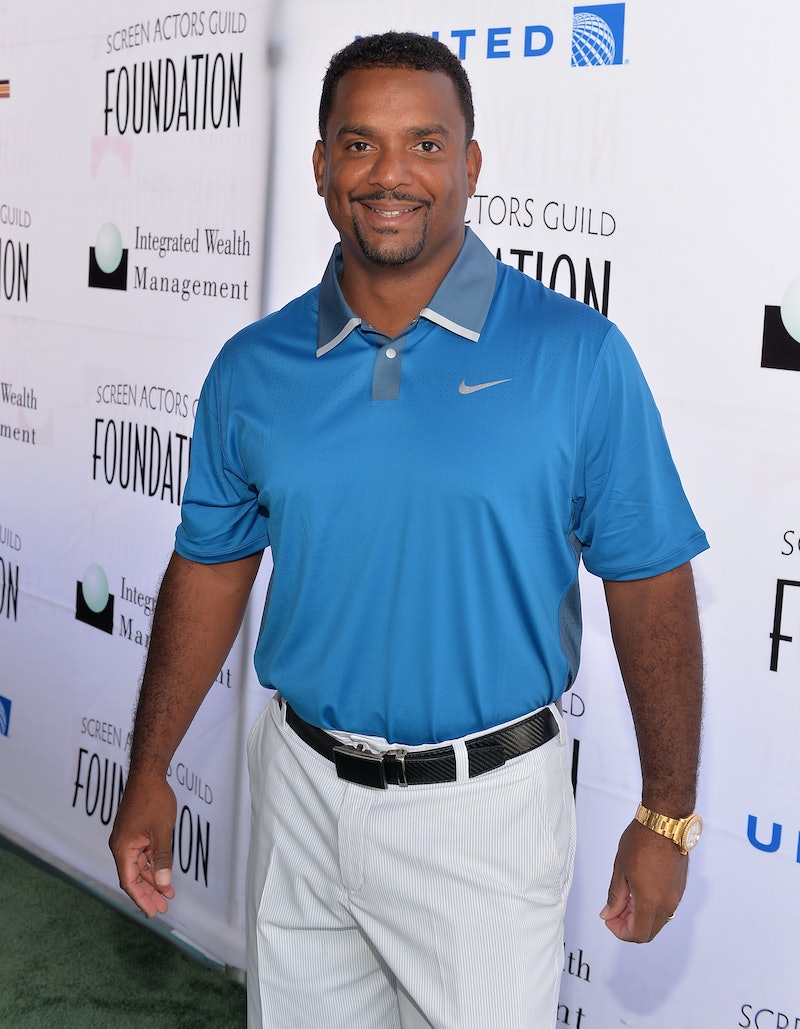 While the possible new line-up for Dancing With the Stars' upcoming season sounds pretty great, what with Mean Girls' Jonathan Bennett (I mean, just AARON SAMUELS), Back to the Future's Lea Thompson, and Fresh Prince of Bel Air's Alfonso Ribeiro all poised to join Dancing With the Stars season 19 (official word on this comes tomorrow). But, I've gotta say — even from now, before the season's started, it seems like a pretty open and shut case if Alfonso Ribeiro does indeed join the cast. I mean, he was Carlton Banks! Originator of the Carlton dance, which is still one of the most well-known '90s pop culture references in the world! This guy's the biggest competition anyone has on that show, and I don't think a DeLorean from Thompson or even Aaron Samuels finally pushing his hair back is going to save them from being clobbered by Ribeiro's dancing skillz.

Don't believe me? First off, I'm not sure how, since the Carlton dance is that legendary, but I'll play ball and offer some proof. Carlton Banks had a lot of great dancing moments during Fresh Prince of Bel Air's run anyway, so it's not like there's a shortage of moments to cite or anything. So, prepare yourself, naysayer: This is why Alfonso Ribeiro is totally gonna win this thing.

...and look cool while doing it, even years later.

He was great at those college parties.

He even got Uncle Phil to join in!

And of course, let's not forget...he's a natural on stage.