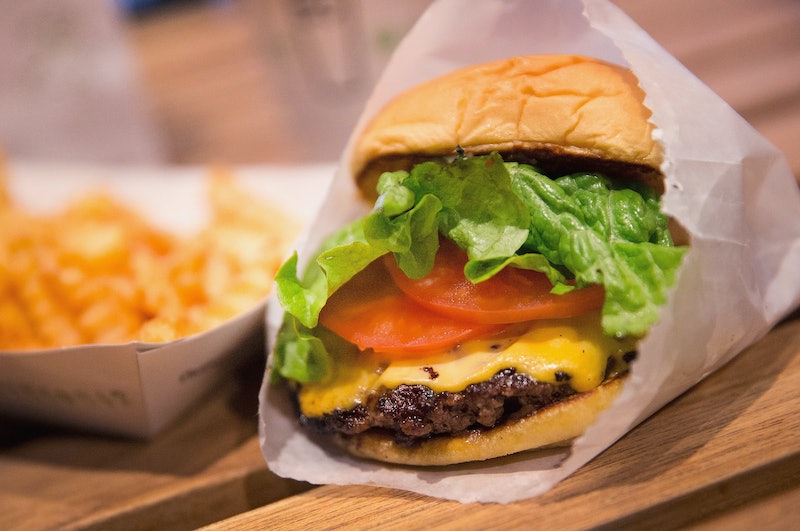 The future isn’t looking so bright for global food security. With the projected increase in population and correlated food and diet demands, green house gas emissions will skyrocket … unless we eat less meat to save the planet, like a new study published in the Nature Climate Change journal suggests.

By 2050 there will be an approximate population of 9.6 billion people, and the current agricultural yield projections can’t keep up. However, expanding agricultural fields and pasturelands is problematic because it contributes to loss of biodiversity and increased emission in greenhouse gases, something to be avoided in this time of climate change. So how can we find global food security?

The researchers behind the “Importance of food-demand management for climate mitigation” study looked at changing our food demands rather than increasing our supply. By improving our diets and decreasing food waste, we can stall climate change and increase the amount of food available across the globe.

Making these changes is no joke; the authors of the study report that if we continue with our current food production and consumption habits, by 2050 food production alone will account for the green house gas emissions allotted for the entire global economy. The most important dietary change to make is reducing our intake of meat, especially red meat and beef in particular. This is because beef is the most resource-intensive meat to produce; it demands the most water of all meats and requires around three to five times as much land to produce the same amount of protein as pork or chicken, according to World Watch.

Furthermore, animal pastures take up around 70 percent of the world’s agricultural land — land that could be producing grains that go right on to your plate. An additional 10 percent of the world’s agricultural land is used to grow grains to feed these animals, again instead of growing food that could be used to feed humans directly. But it looks like humans have no intention of stalling — according to World Watch, in 2013 global meat production hit an all-time high of 308.5 million tons produced.

There are more benefits to curbing our meat intake than simply decreasing deforestation, conserving water, and decreasing green house gas emissions. It is also better for your health.

Most of us are eating too much red meat anyway. The American Heart Association recommends a weekly diet including two servings of red meat, five eggs, and daily poultry. There are also many health risks associated with red meat. According to Science Daily, red meat may be linked to cancer in the gut, heart failure and subsequent death in men, and breast cancer in young woman. Furthermore, Medical Daily warns that red meat’s adverse health effects include links to Alzheimer’s disease risk, colon cancer, type 2 diabetes and, of course, Mad Cow Disease.

All of this isn’t to say that you should raid your fridge, throwing away all hot dogs and ground beef; rather we should more seriously consider the health and environmental impact of what we eat.

Prof. Keith Richards, an author from the Nature Climate Change study, claims that the implications of his study aren’t “a radical vegetarian argument”. Instead:

It is an argument about eating meat in sensible amounts as part of healthy, balanced diets…Managing the demand better, for example by focusing on health education, would bring double benefits – maintaining healthy populations, and greatly reducing critical pressures on the environment.

In the end, reducing your meat intake is doing good for your body, for animals, and for the environment. What more could you ask for?